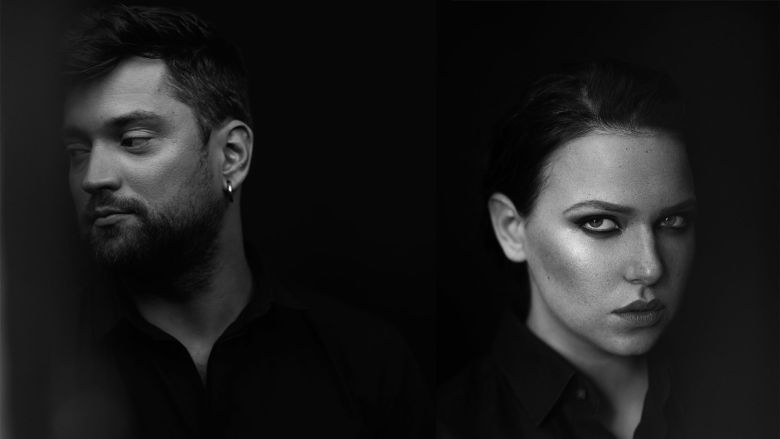 In 2009, MTV viewers chose Leon Somov & Jazzu for the prestigious Best Baltic Act Award. Their recognition did not raise many eyebrows in Lithuania: Leon’s sonic adventures in the studio had been well known for a decade, and Jazzu was probably the most talked-about female singer at the time. Together, they are considered to be a symbol of quality popular music from Lithuania.

It all started four years earlier: Leon, a sound wizard for the then wildly popular band InCulto, and Jazzu, the lead singer of Milky Lasers (a quirky electronic band endorsed by the German band De-Phazz), left their successful careers behind and moved to London to explore new territory. Coming back to Lithuania a couple of years later, they struck gold. Jazzu’s exceptional voice and Leon’s talent for subtle electronic sounds are an irresistible mix, which immediately caught the attention of audiences in Vilnius, London, Brussels, and many other cities. With the release of Lees and Seas (2013), the duo’s third full-length studio album, Leon and Jazzu managed to cross over from clubs and underground techno events to large-scale concerts, arenas and television shows. They never looked back. Hit after hit: it took them just a couple of years to become undoubtedly the most popular, and, many would argue, the most important Lithuanian band of the decade. At the time of writing, they have won Lithuanian music awards (MAMA) in the Best Act of the Year category for four years in a row (not to mention at least a dozen wins in other categories). They have played three almost sold-out arena tours in 14 months, becoming the only Lithuanian band to pull off such a thing. Their songs are known by everyone. It is not surprising to see both six-year-old children and their grandparents at their gigs. Another proof of this duo’s prominence came in 2017, when they became judges and mentors on two of the most popular music talent television shows, X Factor and The Voice. So, at the end of 2017, it came as a shock to their fans when Leon and Jazzu anounced their decision to split up: going out with a bang, they went on their last arena tour in February 2018. What’s next? Both artists have already made their own mark. Leon is becoming one of the country’s most sought-after producers, and since 2015 he has also been a member of Highly Sedated, a Lithuanian-Swedish electronica act signed by the dance music superstar Steve Angello. Jazzu is active in a number of projects, including performances with orchestras and choirs, and recording her debut solo album in London. Together or separately, they continue to shine.

Stream/download this: Lower than the Ground / Older / Pretender