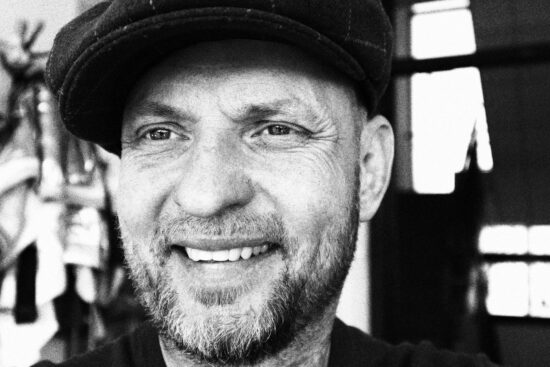 Marius Marcinkevičius (b. 1966) is a medical practitioner who also writes books. He jokingly states that doctors start by writing case histories and then simply switch to writing stories. Marius is interested in other cultures, travels a lot and uses acupuncture that he learned in China to treat his patients. As a child, he liked poetry and his first creative attempts were short poems about his classmates. “Children need poetry. It has to be simple, amusing, easy to remember. There’s so much joy when they remember a poem or a song and can recite it, and if they can guess a rhyme or a word, they feel like true discoverers, nothing less than Columbus.” Marius writes poems as well as fairy tales and picture books. He doesn’t think of himself as a writer – he is simply a storyteller competing with Youtube. He admits that his table drawers are bursting with piles of unfinished projects. Many of his works are born in the middle of the sea. “I love going to Kupiškis. I sit in a boat in the middle of the sea, the sun going down on one side, the moon rising on the other. And you’re sitting in the middle, between the earth and the sky, the sun and the moon, and you come up with these fairy tales or poems.”

Two good friends, a cow and a piglet, love to enjoy the wonders of winter. The best thing to do on a winter’s day is skating, of course. How wonderful that there’s a frozen lake nearby! As they skate, the friends glimpse a monster beneath the ice. The monster seems to be writing them a note, but neither the cow nor the piglet can understand it, and begin to wonder if the monster is writing in a foreign language. Fortunately, they soon realize that the image they see is actually upside down, and that the monster beneath the ice is nothing but a simple fish asking for their help to get some fresh air. Two friends who set out to have a day’s fun unexpectedly become heroes. This is a warm and sensitive story, and the tension which is created as we wonder whether the friends will understand what the monster is asking them, and whether they will be able to help in time, is truly captivating. The pastel colour palette and the meticulous, professional quality of the illustration display dedication and persistence as they reveal the true beauty of life.

Lina Dūdaitė (b. 1974) is a freelance illustrator and actively participates in international exhibitions, festivals and book fairs. She was included on the IBBY Honour List in 2014 and twice received the IBBY Lithuanian Section diploma for Most Beautiful Book of the Year (in 2009 and 2012)