The Lithuanian Culture Institute presents the third issue of the culture and art magazine * as a Journal called Soundscapes as a Journal. The issue dedicated to the culture of sound has been compiled by Damian Lentini, the Australian-born curator at the museum Haus der Kunst in Munich. This is the first time that the issue was prepared jointly by the editor of the magazine, Kotryna Lingienė, and a foreign editor. The new issue can be purchased in Lithuania on the website www.asajournal.lt and in the bookstore of the MO museum. The magazine is distributed abroad by Antenne Books, and more than 150 subscribers worldwide  await it in their mailboxes. A meeting of the creative team of Soundscapes as a Journal with readers is planned in Lithuania in autumn.

Although the term ‘soundscape’ may sound like a neologism to the untrained ear, there is no place in the world without it. The soundscape of each place is unique and constantly changing. Simply put, soundscape is all the sounds we hear in a specific place at a certain time: sounds originating from nature and emitted by various mechanisms and human activities. 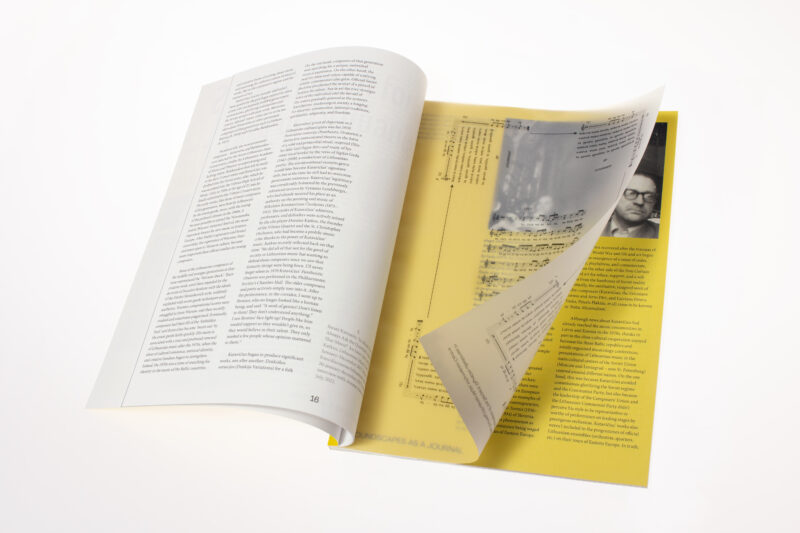 Damian Lentini, the curator of the issue Soundscapes as a Journal, says that he was led by the desire for the reader to understand the very nature of sound. “Sound is a tangible form that responds to the environment in which it is performed or heard. It is not noise or background music. Understanding that soundscapes create an atmosphere will make us aware of their power to radically alter our perception of a place, the way we think about it,” says the guest editor. “I would like the magazine to encourage readers to dig deeper and discover the incredible talents and diversity of Lithuanian sound artists, as well as open their ears to the soundscapes that, quite literally, affect them every waking moment.”

The regular editor of the magazine, Kotryna Lingienė, reveals that the new issue is special to her also because of her love of music. “For over a decade, I actively followed and reviewed Lithuanian electronic and experimental music scene as a journalist. I have always been more interested in underground than mainstream culture. So this issue is dear and important to me, first of all, personally. While discussing the content of the future magazine issue with the guest curator, I remembered many events I had an opportunity to witness and personalities I had an opportunity to meet. I am especially delighted with the article about Bronius Kutavičius. His work is of great interest to me: it is so symbolic. Just as I was about to send the issue to the printing house, I had a chance to hear his Last Pagan Rites played live for the first time,” shares Lingienė. 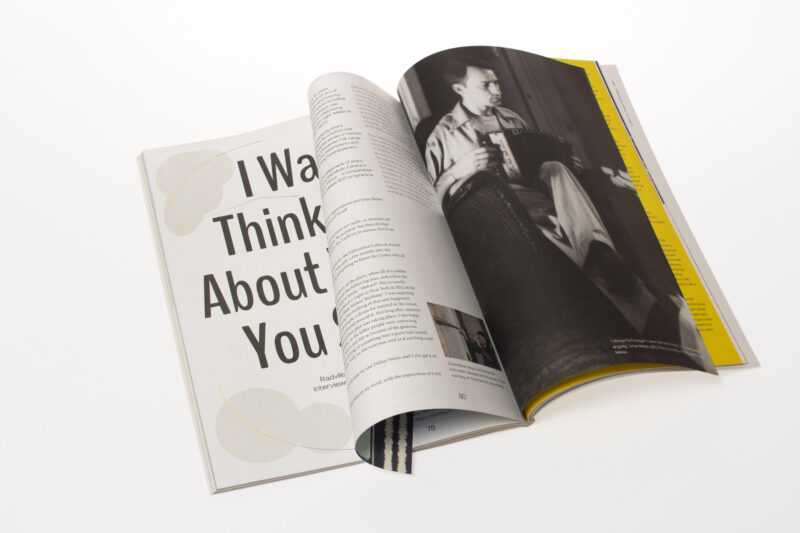 The magazine * as a Journal is created with about global readers in mind, however, Lingienė is convinced that the new issue will be particularly interesting in Lithuania as well. “I have no doubt that for the generations of thirty/forty/fifty-year-olds, who have witnessed many of the topics described in the magazine with their own ears, it will be a pleasant journey through time, while younger readers will discover important details from the world of alternative sound,” says the editor for whom this is already the third issue of * as a Journal prepared together with a guest editor.

Last year, a special programme of Lithuanian performance art was presented at Haus der Kunst, where Damian Lentini is a curator. Lentini holds a PhD from the University of Melbourne in Australia for research in contemporary art, curatorship and museology. After moving to Germany, he became involved in the organisation of exhibitions in Berlin and Munich, and has been actively collaborating on various art publications. The cultural programmes curated by him have already featured the works of Lithuanian artists, such as Lina Lapelytė, Arturas Bumšteinas and the duo Eye Gymnastics.

Lentini became closer acquainted with Lithuanian culture while participating in the Study Visit Programme run by the Lithuanian Culture Institute. The programme offers opportunities for Lithuanian and foreign cultural professionals to meet. “I first discovered the depth and diversity of Lithuanian sound art during the research visit organised for me by the Lithuanian Culture Institute that took place in October 2018. By then, I already knew such artists as Bronius Kutavičius and Anton Lukoszevieze, and when I came here I discovered a lot of artists of the young generation, such as Arturas Bumšteinas, Lina Lapelytė, Jokūbas Cizikas, Gailė Griciūtė”, says the curator about his journey towards Lithuanian soundscape.

When asked if Lithuanian sound culture is different from its counterparts in Australia or Germany, contexts most familiar to him, Lentini answers with both yes and no. “On the one hand, sound does not care at all about political geography. It can travel through space and time (and thus communicate with people anywhere). On the other hand, Lithuania has absolutely unique artists, who create in a very specific, Lithuanian context. Lina Lapelytė’s piece Ladies or Daina Dieva’s creative work with post-communist and post-industrial landscapes are some of the examples”, shares Lentini.

The issue Soundscapes as a Journal dedicated to sound culture comprises an article by musicologist Jūratė Katinaitė about the Lithuanian music magician Bronius Kutavičius; a text by Yates Norton, curator at the Roberts Institute of Art in London, about the duo Eye Gymnastics (Viktorija Damerell and Gailė Griciūtė); an essay by the sound artist Daina Pupkevičiūtė (Daina Dieva); an article by Sandra Kazlauskaitė in which she talks about the sound of the post-Soviet sexual soundcape, as well as a piece by Domininkas Kunčinas outlining the contours of paranormal Lithuanian music.

Also included in the issue is an exclusive conversation between Lentini and the composer Arturas Bumšteinas revealing the creative trajectories of the artist. The discussion between Radvilė Buivydienė, head of the Music Information Centre, and Guy Dubious, head of Tel Aviv’s Felicja Blumental Music Center and Library, will offer readers a peek into the programme Temporary Soundtracks dedicated to the 100th anniversary of Jonas Mekas in Israel. 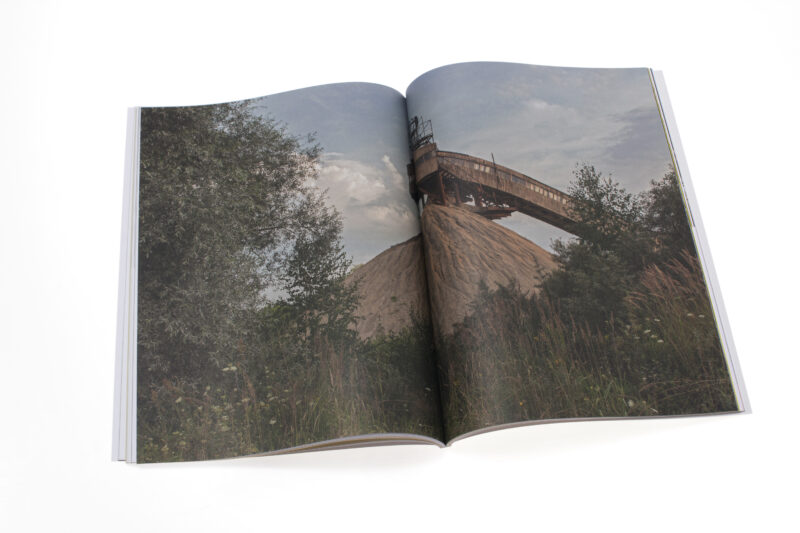 Naples-based artist Simona Žemaitytė presents the portrait of Saulius Čemolonskas (Sal), a DJ, experimental music creator and vinyl collector who fled Lithuania during the Soviet era and settled in London, examining not only Sal’s biography, but also the social and cultural contexts that shaped it.

In the Soundscapes as a Journal issue, readers will also find two visual essays, presented by the Lithuanian-British interdisciplinary art creator Antonas Lukoszevieze and photographer Andrejus Vasilenko, author of the project This is Vilnius.

The design of the issue was created by Ugnė Balčiūnaitė.

The magazine opens up possibilities for new ideas

Lentini admits that while preparing the issue, he learned about many new phenomena and artists. “I’ve discovered a myriad of creators, too many to name every single one! Among them, there are those who could not contribute to this issue but with whom I would very much like to work in the future, for example, Antanas Dombrovskis, Girnų giesmės or Vilius Šiaulys. As I emphasised in the introduction to this magazine issue, keeping in mind the size of Lithuania, there is an extraordinary amount of outstanding sound artists in your country”. 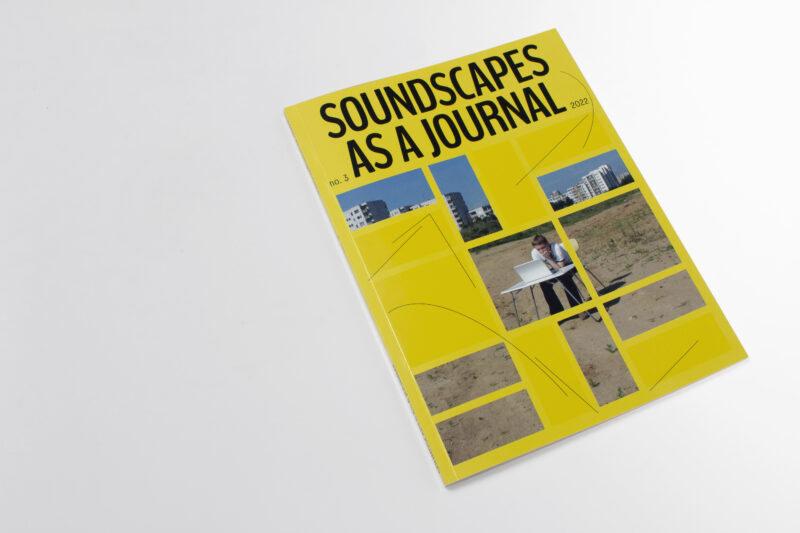 Art and culture magazine * as a Journal is published by the Lithuanian Culture Institute since 2021. The publication offers an exclusive space for cultural cooperation, where creators, curators and researchers from Lithuania and various foreign countries meet to reflect on universally relevant topics, and readers are invited to explore those from unexpected cultural perspectives. The first and second issues of the magazine were dedicated to the topic of forest and space respectively. The fourth issue will examine the topic of corporeality.