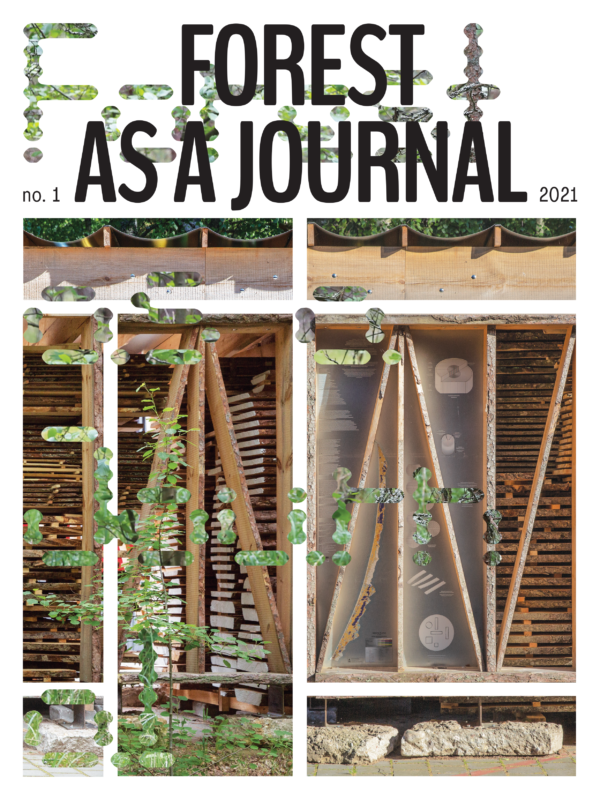 The Lithuanian Culture Institute presents a new journal, * as a Journal, for readers around the world interested in culture. Overcoming the isolation imposed by the pandemic, the new magazine opens up a unique space for cultural cooperation. It brings together creators, curators and researchers from Lithuania and various foreign countries to reflect on topics of global concern, and readers are invited to look at those topicalities from unexpected cultural perspectives.

“The publication of * as a Journal is a very ambitious but well-thought-out idea that reflects the Institute’s mission to create sustainable international cultural partnerships and thus promote the value of Lithuanian art,” says Aušrinė Žilinskienė, Director of the Institute. “Together with like-minded people, we are creating a unique cultural Trojan Horse by wrapping in the format of the magazine a variety of collaborations, an exchange of creative ideas and great stories for slower, unhurried reading.”

The title of * as a Journal, which will be published twice a year in English, will change with the topic explored in each issue. Each theme will be developed by guest editors of the magazine with the help of an international team of authors – artists, thinkers, researchers, curators and others. In the first issue, the asterisk will be replaced by “Forest” (Forest as a Journal), and in the second, “Cosmos” (Cosmos as a Journal). In the autumn of this year, the decision on what cultural issues will become the core of the third and fourth issues of the magazine will be finalised.

A large team of professionals helped the Institute to develop the idea of the journal. Alongside the team of staff of the Institute worked philosopher Kristupas Sabolius, art critic Ernestas Parulskis, cultural attaché in the USA and journalist Gražina Michnevičiūtė, artist Julijonas Urbonas, art critic Jogintė Bučinskaitė and creative communication consultant Dovydas Kiauleikis. The  principal design of the magazine was created by Godspeed Branding. “Polishing the concept, choosing the title for the magazine and searching for design solutions has been a long and interesting process that has taken place since last summer and has become an ambitious task of co-creation,” recalls A. Žilinskienė.

“Culture is not only a space for self-expression, but also for thinking. Here, new concepts are being developed and established ideas reconsidered, a process initiated by artists and creators. I am very glad that this magazine will help the Lithuanian cultural scene to present its thinking potential,”  shares his thoughts Kristupas Sabolius, who also assists on the magazine’s editorial board.

Writer, member of the editorial board of the magazine Vaiva Grainytė believes that cultural cooperation in the preparation of the magazine will strengthen the relations between Lithuanian and foreign cultural creators so that they could withstand the harsh pandemic era. “The world becoming more and more familiar with Lithuanian culture, but “packaging” its discourses into the magazine format allows for forging even closer ties with the international community: fostering such a polylogue in a textual way makes it resistant to the pandemic situation and creates lasting, historical value,” says Grainytė.

Kotryna Lingienė, editor of * as a Journal, emphasises the uniqueness of the new magazine: “Although each issue will present one specific topic – in the case of the first issue, the forest – I think that the greatest strength of this publication is its versatility. It is the diversity of voices, it is different attitudes and tools used, it is the wide range of fields of research and specialisation, it is geography – it would be impossible to bring all collaborators working on one issue together and meet live. All this allows us to boldly state that * as a Journal is a journal from Lithuania but not only about Lithuania – it is about global processes that are significant both here and elsewhere in the world,” shares Lingienė.

The topic of the first issue is the forest

Each different topic will be explored in depth by the editors specially invited for each issue and the team of collaborating authors they will bring together. The guest editors of the first issue are the duo of architects and researchers Jurga Daubaraitė and Jonas Žukauskas, who together with 26 artists, curators and researchers from Estonia, Great Britain, Latvia, Lithuania, Finland and Germany reflected on the theme of forest, resulting in the magazine changing from * as a Journal to Forest as a Journal.

Jurga and Jonas invite the readers to look at the forest as a man-made space that inevitably depends on its actions: “It is no longer nature, but rather infrastructure, an environment of natural systems that is managed, exploited and regulated by human interventions, technologies, industries, institutions and agencies.”

“In this issue, we analyse the practices and forces that shape and influence forest images and concepts. We ask how cultural practices expand the “optics” that help the public perceive the forest,” share the editors of the first issue, Jurga Daubaraitė and Jonas Žukauskas.

The theme of the forest will be presented in the magazine from different perspectives by photographer and biologist Jochen Lempert, writer Jonas Žakaitis and designers, architects and founders of the cultural sauna (Kultuurisauna) Nene Tsuboi and Tuomas Toivonen interviewed by him, as well as curator, writer and researcher Sofia Lemos who writes about the work of  Lina Lapelytė and Mantas Petraitis. Jurga Daubaraitė and Jonas Žukauskas talk to the duo of architects and artists, Cooking Sections (Daniel Fernández Pascual and Alon Schwabe), nominated for the most prestigious British award for visual artists, the Turner Prize 2021.

The first issue will also feature pieces by researcher of visual arts, architecture and environmental policy Gabrielė Grigorjeva, photographers Jonathan Lovekin and David Grandorge, architect and researcher Signe Pelne, a conversation between film director, biologist Mindaugas Survila and director Rugilė Barzdžiukaitė, also pieces by writer, art historian Amelia Groom who writes about the work of the artist Eglė Budvytytė, artist and architect Aistė Ambrazevičiūtė, as well as an artist Laura Garbštienė and nature researcher Onutė Grigaitė interviewed by the curators of the issue. Photographer Rasa Juškevičiūtė and cultural journalist Kotryna Lingienė presents the results of their visit to the studio and archive of furniture designer Jonas Prapuolenis. The authors of the issue were also joined by designer Monika Janulevičiūtė and curator, head of the Nida Art Colony of the Vilnius Academy of Arts Eglija Inzule. Curator Virginija Januškevičiūtė presents photographer Algirdas Šeškus, who has taken up painting again.

The design of the issue, reflecting the theme of the forest, was created by graphic designer Gailė Pranckūnaitė.

* as a Journal is available in Lithuania from autumn 2021

The magazine is distributed abroad and in Lithuania.