Two Lithuanian photography exhibitions will be opened at the festival “Wschód Kultury – Inne Brzmienia” in Lublin.

Romualdas Požerskis (b. 1951 in Vilnius) is one of the best known Lithuanian photographers, famous for his incredible sensitivity in observing and documenting reality. He lives and works in Kaunas. Since 1993 he has been teaching the history and aesthetics of photography at Vytautas Magnus University. Požerskis has been a member of the Lithuanian Photographers Association since 1976.

Romualdas Požerskis works with large-scale projects, where each is a narration consistent in terms of aesthetics and documentary record. Themes picked up by Požerskis, their depth and the visual language of his documentary prose can be described as epic. Each of the extensive cycles he is famous for, has been photographed continuously for years and is meant to be an exhaustive tale about a given topic, but with a clear focus on humans. “Art is an ability to get close to human beings, and not an external effect or an uncontrolled expression of one’s self”, says Požerskis

In the series “Old Towns of Lithuania (1974-1982)”, the author has ambitiously strived to show the relations between people and cities and to keep the images in the genre of street photography, a rare sight both in Lithuania of the time and the Soviet Union. With aesthetic precision, impressive abbreviation and highlighted geometry, Požerskis’ photos Focus on the topic: “The fact of a concrete life is more interesting to me than any eye-catching abstract composition”.   With incredible care and attention, Požerskis captures in his black and white photographs the lives of ordinary people, the residents of old, run-down districts in big, Lithuanian cities.

Romualdas Požerskis does not follow global visual culture. His photography is a sort of counterbalance for new photography aesthetics, dominated by  the “cool” documentary style, in which humans are no longer the focus but exist only as photographed objects. A special quality of  Požerskis’ work is the strong empathy he feels for his protagonists: children appearing in all his cycles (“Children’s Hospital, 1976-1982), older people in the series “Last Home” (1983-1990) or those who are less fortunate and are unjustly rejected by society (The Miseries and Joys of Little Alfonsas, 1992-2005). For this unique approach, Požerskis has been quickly recognised in the world, receiving many prestigious awards. In 1990, he won the Lithuanian National Culture and Art Award, the highest prize for cultural achievements in Lithuania. In 1994, he was named FIAP Artist (International Federation of Photographic Art in Switzerland). In 2004, Požerskis received the Alfred Topezer prize for his contribution to the fostering and preservation of Central and Eastern Europe’s cultural heritage.

The exhibition has been made possible courtesy of the artist, in cooperation with the Lithuanian Photographers Association. 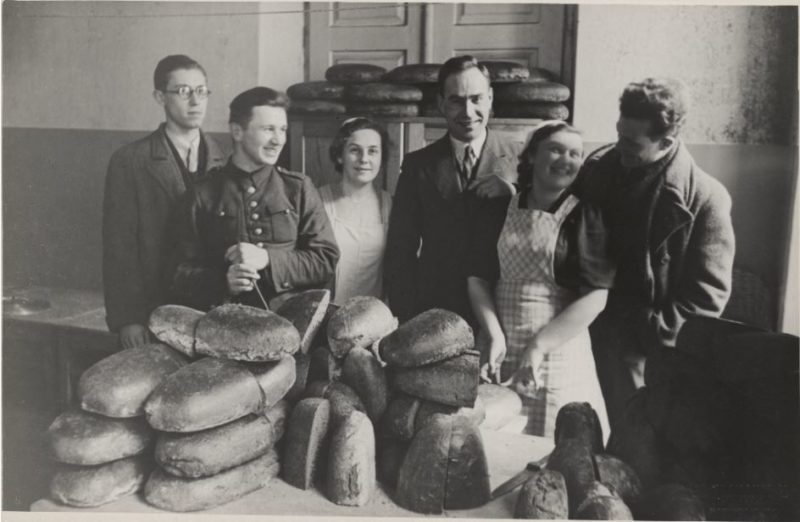 From unknown to unknown: World War II refugees in Lithuania“ – exhibition of photography by Bolesława and Edmund Zdanowscy

The exhibition has been made possible thanks to the courtesy of M.K. Čiurlionis National Museum of Art in Kaunas.

After the Nazi invasion of Poland on September 1, 1939, crowds of refugees flooded into Lithuania; they were Polish civilians and interned military who were withdrawing from Poland. Later on, in October of the same year, German and Soviet residents exiled by the Fascist and Communist governments also arrived.

These events were a major challenge to the Government of the Republic of Lithuania as just upon the recovery of Vilnius on October 10, 1939, a number of issues related with the newcomers had to be dealt with: safety and security, registration, accommodation, food provision, assignment of grants, provision of medical aid and assistance to orphans, education, etc. According to the data of the Lithuanian Red Cross, on December 2 1939, 18,311 refugees were checked in, among them 3,273 were Lithuanians, 7,728 Poles and 6,860 Jews, whereas in mid-January 1940 the approximate numbers in Lithuania reached 34,939 refugees including 4,173 Lithuanians, 17,297 Poles, Belarussians and Russians (the representatives of the three Slavonic nations were counted together) and 13,469 Jews.

The photography archive and documentation department of M. K. Čiurlionis National Museum of Art stores a unique collection of 76 photos. In order to draw the attention of the society to the everyday life of refugees heavily affected by the complicated international relationships, the Museum has organised the exhibition “From Unknown to Unknown. World War II Refugees in Lithuania” to commemorate the past events still echoing today.

The atmosphere in the City of Vilnius during the final months of 1939 and the beginning of 1940 was captured by the family of photographers Edmundas Zdanauskas (1905–1984) and Boleslava Zdanauskienė (née Tallat-Kelpšaitė, 1908–1982) who were repatriated to Gdynia, Poland in 1945. Boleslava Zdanauskienė, a daughter of the prominent photographer Janina Tallat-Kelpšienė, spent her childhood in Kaunas and went to study with the prominent Lithuanian-Polish photographer Jan Bułhak (1876–1950); she ended up staying in Vilnius and marrying another student and a colleague of the famous master, Edmund Zdanowski (Lithuanian version: Zdanauskas).

The photographers were commissioned to undertake this task by the Society of the Support for the Vilnius Region. Each photo is sealed with a relief stamp E.B.ZDANAUSKAI/VILNIUS, and the back side of the photos features the proprietary seal of the Zdanauskas family E. ir B. Zdanauskai / PHOTO – VILNIUS / Vilniaus, g-vė 25 b. 5 (English: E. and B. Zdanauskai / PHOTO – VILNIUS / Vilniaus Street 25 flat 5) and an eloquent description of the depicted scene made by a representative of the Society. The photos and the subsequent comments represent a valuable depiction of the everyday life resting in the shadow of the horrifying historical events thus revealing the social, public, cultural as well as emotional and psychological aspects of the refugee life in Vilnius.

In this exhibition, we invite the visitors to consider the values of humanism and to appreciate the importance of the activity of such public organisations and societies as the Red Cross, the Charitable Society of Vilnius Lithuanians and Women’s Care Committee, etc. in lending the best assistance they could have provided to the people struck by the hardship of the war.

The collection of the photos taken by the Zdanauskas family has never been shown before in any environments of photography exhibitions. The pictures record the sufferings of Lithuanian, Polish and Jewish peoples. It is likely that a part of the refugees did not perish in the whirlpool of the war, and, after surviving in Lithuania, went on with a new life in their own or a newly found homeland.
The meeting with history via photography inspires a variety of feelings. As the majority of images depict children of various ages we hope that some people of solid age might get lucked into recognizing themselves or their close ones thus benefiting from the gift of a long life.