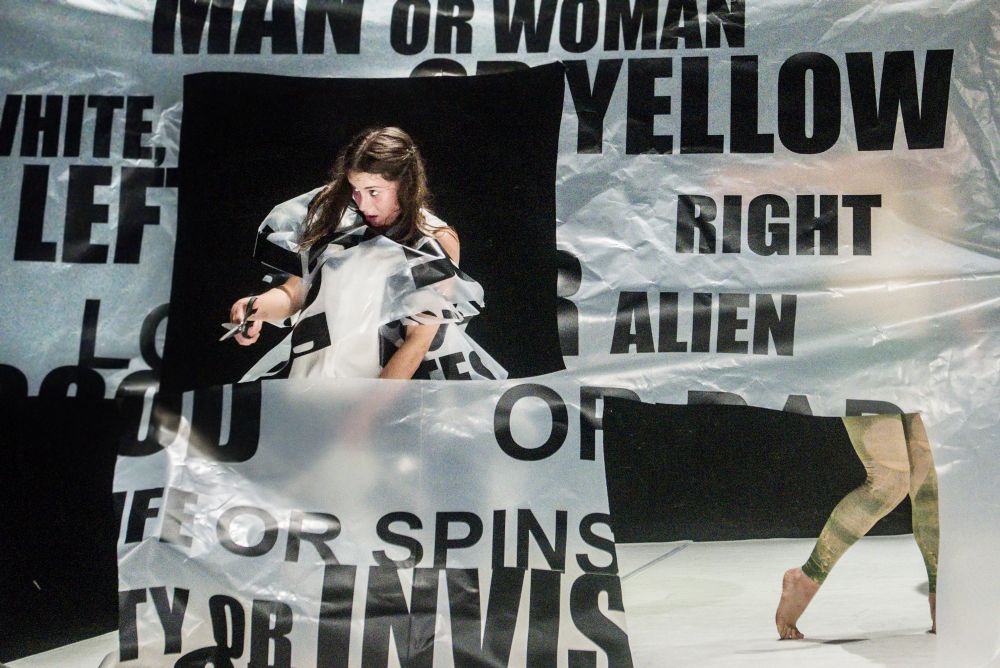 The dancer, choreographer and educator Vytis Jankauskas (born 1968) is considered to be one of the most interesting contemporary dance artists in Lithuania. Although he only graduated in dance education from the Lithuanian University of Educational Sciences in 2010, he has been studying the art of dance since his youth, at international seminars in Lithuania, Estonia, Poland, Germany and Austria.

Jankauskas’ career began with breakdancing, and with the dance company Three from Vilnius which was founded in 1991. Their composition Triptych won great acclaim in Lithuania and abroad. In 1997, the Vytis Jankauskas Dance Company was established, for which the choreographer created 13 one-act dance productions. Alongside the company, Jankauskas also runs a dance studio. In the dance productions Songs of a ‎Medieval Fellow (Viduramžių bernelio dainos, 2000), The Drowned Valley (Nuskendęs slėnis, 2003), The Message (Žinia, 2007), Vigil (Budėjimai, 2008) and Flames ‎Beyond the Cold Mountain (Liepsnos virš šaltojo kalno, 2010), the choreographer searches for a balance between innovative form and emotional impact, while the choreographic forms always reflect the philosophical ‎foundations of his work. He does not seek to give his productions the features of outright modernity; however, he chooses increasingly to reflect on the present. In recent years, the choreographer has moved in the direction of social critique. In the productions Moving Targets (Judantys taikiniai, 2011), Arrhythmias (Aritmijos, 2013), Blind Spot (Akloji dėmė, 2015) and Agony (Agonija, 2017), he started to analyse the relationship between the individual and society, emphasising painfully the destructive element of the influence of the social environment.

Jankauskas’ artistic and creative experience is complemented by long-term educational work. He shares the knowledge he acquired at seminars and through his practice on stage at a studio alongside the dance theatre which was for a long time the only professional dance studio in Vilnius. He also teaches at Vilnius Kolegija – University of Applied Sciences and the Lithuanian Academy of Music and Theatre.

Productions by Jankauskas are performed not only in Lithuania, but also in Poland, Russia, Belarus, Estonia, Sweden, Germany, Egypt and China. He has twice been awarded the top professional theatre award in Lithuania, the Golden Cross of the Stage, for best choreography, for The Drowned Valley (Nuskendęs slėnis) in 2004, and Vigil (Budėjimai) in 2009.

Jankauskas’ dance performance Agony (Agonija, 2017), rather like his other recent works, does not try to amaze audiences with technical virtuosity or sweeping combinations of movements. Characteristically for current works by the choreographer, the conflict that builds up between the individual and society, and the resulting agony, is at the heart of this production. This state of suffering is expressed directly in the performance through physical movement, and through social codes. It should be noted that Agony brought a new element to Jankauskas’ work, in which he has recently been exploring purely social issues, as this performance has a large dose of self-irony.