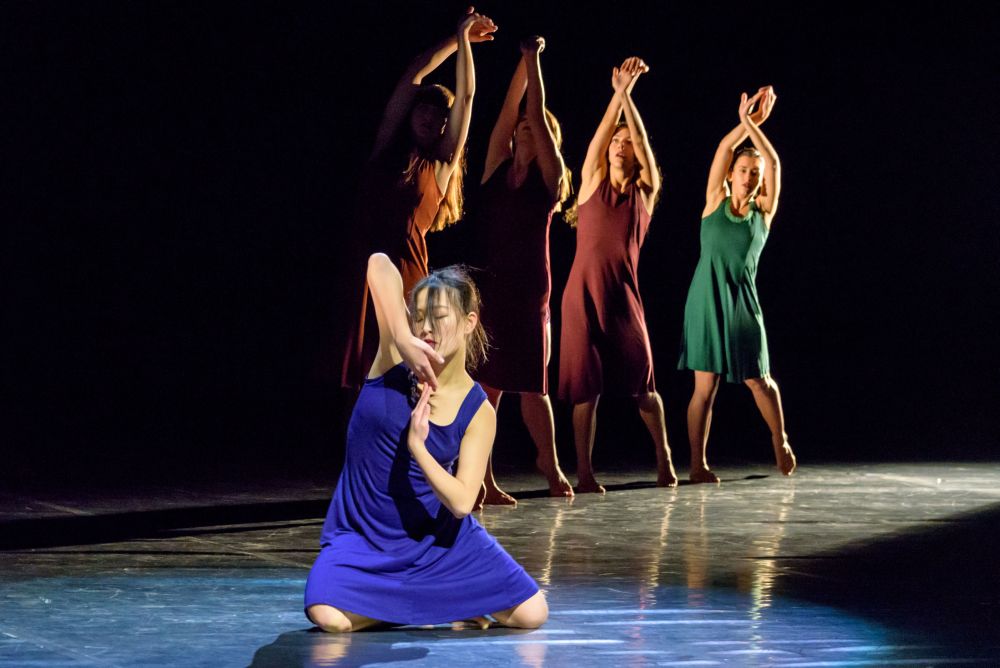 The dancer, choreographer and dance teacher Birutė Letukaitė (born 1953) is the founder and leader of the only municipal professional dance theatre in Lithuania, the Kaunas Dance Theatre Aura, which has existed for over three decades. Aura have put on numerous shows, in Lithuania and 28 other countries. Some of the best contemporary dance performers have been trained at the dance studio which is ‎part of the theatre. ‎

Letukaitė came to dance from artistic gymnastics, and danced for ten years as part of the expressive dance collective Sonata. Although she graduated from Vilnius University’s faculty in Kaunas in 1978 with a degree in librarianship, and worked in that field for ten years, she improved her dance technique and artistic knowledge continuously at international seminars in Germany, the Czech Republic, Estonia, Belarus, Poland and the UK.

Her productions for the Aura dance theatre, Extremum Mobile (2001) and Aseptic Zone or Lithuanian Songs (Aseptinė zona arba lietuviškos sutartinės, 2003), have been performed in over 20 countries, and won the main prizes at international festivals in Vitebsk (Belarus) and Kalisz (Poland). Her production Aseptic Zone … won a Golden Cross of the Stage award. In 2008, she received the Lithuanian government’s Culture and Art Award, and in 2013 a second Golden Cross of the Stage, this time for her long-term contribution to contemporary dance in Lithuania. That same year, Letukaitė received Kaunas city’s Culture and Art Award. The creative work of the Aura dance theatre has been recognised by over 50 municipal, national and international awards.

Letukaitė actively explores various aspects and elements of dance, developing an intense creative practice, not only vigorously creating dance performances for Aura, but also enthusiastically contributing to other creative initiatives and joint projects with Lithuanian and foreign artists. She established the annual international dance festival Aura in Kaunas in 1989, and has run it ever since.

One of her latest dance shows for Aura, I Want the Feeding Day from Your Hands (Noriu maitinančios dienos iš tavo rankų, 2017), deals with society’s most painful problems. Family, which is universally thought of as the safest space and a haven from the world’s calamities, often sadly becomes a place where hopes are dashed. Lives that are strangled by non-communication or ruined by abuse do not have happy characters or winners.