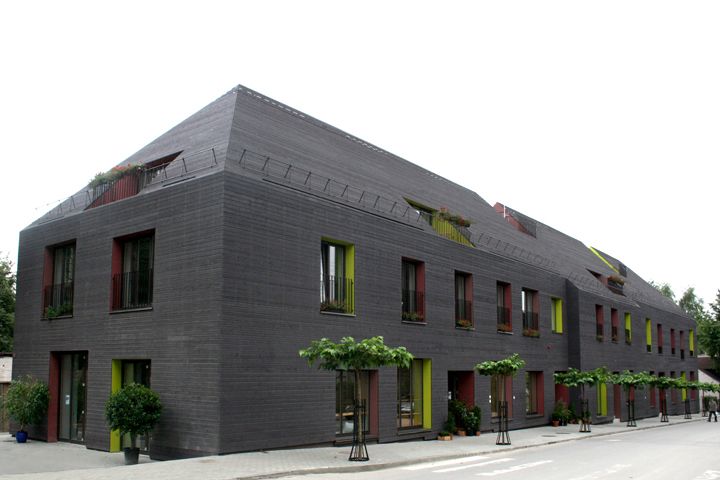 The dynamic firm of Andrė Baldišiūtė (1980) not only participates in architectural and urban planning competitions but can also take pride in having executed some interesting projects. The practice, established in 2007, is distinguished by its socially responsible attitude to architecture and the processes of architectural life. Baldišiūtė began her career working in Rolandas Palekas’ team of architects and continues to collaborate with his firm. Later, she studied and worked in the Netherlands. Andrė Baldi frequently collaborates with the Aketuri architects’ collective.

The Hotel Lijo is in a small town, surrounded by homesteads smaller in scale. The crude and monotonous effect of the roof of the old building was minimised by two terraces. In keeping with the character of the small town, the architects sought to give the renovated building a diminutive silhouette, while retaining its compositional singularity. For this reason, they wrapped the outside of the building with wooden cladding. Its monolithic roof and walls are like a canvas for the coloured features of the slopes. Because of its unusual exterior and cosily designed interior spaces, the Hotel Lijo has become a popular meeting place for local residents.