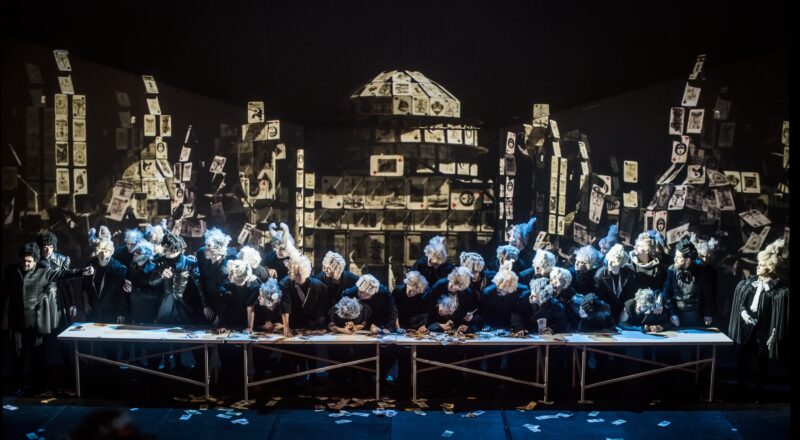 Dalia Ibelhauptaitė (b. 1967), a director and producer living between London and Vilnius, is the artistic director and main director of the Vilnius City Opera. She graduated in directing studies at the Lunacharsky State Institute for Theatre Arts (GITIS) in Moscow in 1990. Since 1991, she has been leading actor master classes at the Royal National Theatre and the National Opera in London, at The Lee Strasberg Theatre & Film Institute in Los Angeles, as well as in the Netherlands, China and Israel. In 2003, alongside like-minded peers, she formed an opera troupe, which for some time used the name Bohemiečiai (The Bohemians, 2006-2012) before becoming Vilnius City Opera in 2012.

Ibelhauptaitė has created more than two dozen drama theatre and opera performances in the United Kingdom, the United States, Italy, Israel, the Netherlands and Russia. In 2001, she returned to direct opera in Lithuania and created an interpretation of Giuseppe Verdi’s A Masked Ball at the Lithuanian National Drama Theatre. In 2005, she directed Verdi’s The Force of Destiny at the same theatre. In total, Ibelhauptaitė has directed over two dozen operas, musicals and other musical performances in Lithuania.

Her interpretation of Giacomo Puccini’s opera La bohème, created in 2006 together with the Lithuanian State Symphony Orchestra, became the foundations for a new-model opera troupe that for a while was called The Bohemians (2006–2012, since 2012 – Vilnius City Opera). The repertoire of Vilnius City Opera currently includes (?) opera performances. The uniqueness of this opera troupe, which has no home of its own and therefore performs in the hall of the State Symphony Orchestra, is the attention to both the audience and the performers. For each new performance, Vilnius City Opera brings together about 300 people.

In 2011, Ibelhauptaitė was awarded the Cross of the Knight of the Order for Merits to Lithuania.

One of the latest performances directed by Ibelhauptaitė for Vilnius City Opera is Piotr Tchaikovsky’s opera The Queen of Spades (2019). According to the creators of the performance, this late 19th-century opera is still relevant today, as it talks about people becoming increasingly materialistic, predator-like, selfish, nurturing admiration for wealth and position in society. This opera continues in the footsteps of Ibelhauptaitė’s 2017 Charles Gounod’s opera Faust in exploring the topic of human choices and their consequences. Lisa’s part is played by Asmik Grigorian, recognised as the best opera soloist in 2019 by the International Opera Awards.