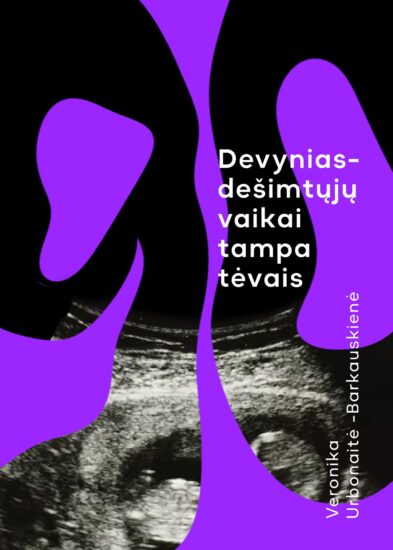 As the title suggests, this is a story about the so-called Lithuanian millennials, born in the 1980s and 1990s. These two decades were a crucial time in Lithuanian history: with the Soviet Union counting down the final years of its existence, on March 11, 1990, Lithuania announced the Act of the restoration of its independence. The country managed to break free from its fifty-year-long Soviet occupation and dive headlong into independence, democracy, and capitalism. Sociologist Veronika Urbonaitė-Barkauskienė describes all this chaos of regime change and frantic (in)adaptation with precise diagnostics, creating an accurate portrayal of the 90s, which, just like that strange, tumultuous time, “had several low points” – including fear, sluggishness, and suspicion lingering from the Soviet era, as well as that promise of Western life with its whiff of freedom. This intersection of East and West, communism and democracy, could be recognizable and of interest to the entire former Eastern bloc which, all at the same time, albeit at different levels, transitioned to freedom. But recording societal change and reflecting on the impact of the Soviet past on the present is only part of the book; more precisely, it is just a context for, and an introduction to, reflections on how this particular generation become parents, what challenges they face, and what identities they create. Comparing her childhood in the nineties with her children’s childhood today, the author, who is a mother of three, critically reflects on a portrait of modern parenting, discussing attitudes and behaviours inherited from their parents’ generation, parenting fashions, the changing role of fathers in raising children, the perfectionism of mothers, the price of children, dramatically shattered toxic expectations, precarious challenges, and the fundamental understanding of what the ’90s generation considers adulting and empathy to be. The book is captivating – an engaging read resulting from the author’s objective and emotion-free sociological vantage point, from her attention to the present global context (besides sociological studies, Karl Ove Knåusgard’s intertext is praiseworthy too) as well as from the lived experience of motherhood, filled with modern parenthood’s features and paradoxes, authentically put together – often accompanied by a healthy dose of knowing irony and amusing wit: “It is very difficult to raise free children, especially if we ourselves grew up confined behind display glass.“

Veronika Urbonaitė-Barkauskienė is an urban sociologist, the author of the blog pterodaktilis.com, and a mother of three. She researches urban graffiti and reflects on her ’90s generation, especially the unsettling process of becoming a parent. Not coincidentally, the opening sentences of her blog are “The Pterodactyl, as we all know, is a bird-dinosaur. Or a person trying to reconcile incompatible things – children and everything else.” In her texts, Urbonaitė-Barauskienė reflects on the modern dramas of parenthood, arising from being expected to reconcile (too) many different selves in one body, and the winding path to achieving balance.