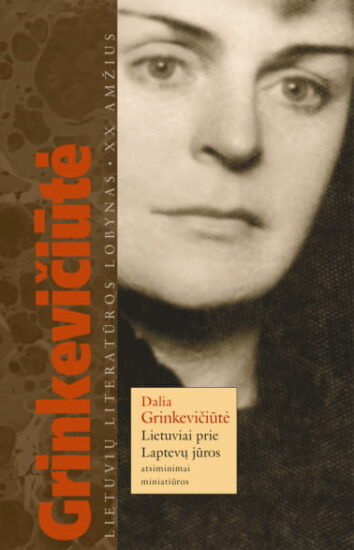 Having occupied Lithuania on the night of June 14, 1941, Soviet repressive agencies – the People’s Commissariat for Internal Affairs (NKVD) and the People’s Commissariat for State Security (NKGB) – undertook a long-planned deportation campaign. During this campaign, most of the Lithuanian intelligentsia was arrested and deported to Siberia in cattle wagons: Lithuanian military officers, civil servants, owners of manors and factories, traders, farmers, teachers and their families. During the first wave of deportations on June 14-18, 1941, at least 18.5 thousand people in total were forcibly deported from Lithuania, mainly to the Altay region. Among them was young Dalia Grinkevičiūtė, aged fourteen. She was deported to the Altay territory with her mother and brother. Her father, separated from the rest of the family, died in the Gari labour camp in 1942, and the rest of the family was deported in 1942 further north to the Trofimovsk Island in Yakutian Arctic near the Laptev Sea, where the average winter temperature holds steadily at -30 degrees Celsius, and where blizzards and storms are constantly raging. Such was the tundra, without a sign of life, where Grinkevičiūtė’s family, along with another 450 Lithuanians, were disembarked just before the start of a polar winter; most of them did not withstand the polar winters, famine, and diseases. Grinkevičiūtė, together with her mother and brother, survived. After escaping with her mother from Siberia to Lithuania in 1949, Grinkevičiūtė began writing memoirs, which are considered to constitute the very first deportation narrative – it is constructed chronologically, beginning with the gruesome train journey and continuing with the nearly fatal winters spent in the tundra, with all manner of loss, disease, humiliation and acts of disdain, complete and utter helplessness, and the remnants of human hope and dignity. Aware that her authentic memoirs of the repression and atrocities of the Stalinist regime posed a great danger to her safety, Grinkevičiūtė buried her memoirs in the garden, where they were found and restored only in 1991, after her death. In 1950, Grinkevičiūtė was arrested again and sent to prison in the Unzlag camp in the Gorky region, and after the death of Stalin she was again deported to Yakutsk. After graduating from medical school and returning to live and work in Lithuania, Grinkevičiūtė once again, at the age of almost fifty, wrote down her recollections of exile, this time purifying them from the internal emotions and reflections that prevailed in the original version, and paying more attention to the already collected historical facts and circumstances. In 1974, Grinkevičiūtė secretly passed on her new memoirs to Russian dissidents, human rights defenders Jelena Boner and academician and Nobel Prize laureate Andrei Sakharov. Grinkevičiūtė’s deportation memoirs were first published in the Russian dissident publication, Pamiat (’Memory’), published in Paris in 1979, and, a year later, in 1980, by the Lithuanian diaspora in the States. In Lithuania, Grinkevičiūtė’s memoirs about Siberia were published only after her death (December 25, 1987), when Sąjūdis gained momentum in 1988, in the first issue of the self-published magazine Sietynas (under the title ’Memories’) and in July in the Writers’ Union magazine Pergalė, under the title Lithuanians by the Laptev Sea (proposed by writer Kazys Saja).

Grinkevičiūtė’s deportation memoirs, of which two versions exist, are the first autobiographical text of the exile and the first written testimony in Lithuanian literature, culture and history about the crimes against humanity of the Stalinist regime. In the words of poet and writer Tomas Venclova, “Dalia Grinkevičiūtė’s memoirs are a shocking document, equal in strength to Solzhenitsyn’s writings.”

Grinkevičiūtė’s memoirs inspired Lithuanian writer Rūta Šepetys to write the bestseller ’Between Shades of Gray’ (2011), the main protagonist of which, Lina Vilkaitė (Lina Vilkus), to the readers of Grinkevičiūtė’s book, is an obvious prototype of her.

Dalia Grinkevičiūtė (1927-1987) – deportee, doctor, dissident, and writer. Born into a family of intellectuals in interwar Kaunas, she studied at the Kaunas Aušra Girls’ Gymnasium, which brought up many famous personalities including archaeologist Marija Gimbutienė and Spanish philologist Birutė Ciplijauskaitė. However, Grinkevičiūtė was not destined to complete her schooling here; in 1941, she was arrested with her family and deported to Siberia, from where she managed to escape in 1949. In 1950, she was arrested again and sent to a labour camp, and in 1953 was deported to Yakutsk. In 1954, she was accepted to the Omsk Medical Institute. In 1957, she returned to Lithuania and was accepted to the Kaunas Medical Institute. After graduating from there with honours, she worked at Laukuva hospital from 1960 to 1974. Although the Grinkevičius family was rehabilitated in 1970, Soviet security police continued to persecute Grinkevičiūtė until she was finally fired from her job in 1974, and her service occupancy flat was taken away. Left without work, shelter, or income, Grinkevičiūtė took refuge at the home of Aldona Šulskytė, who eventually took care of Grinkevičiūtė’s written legacy and the preservation of her memory after her death.