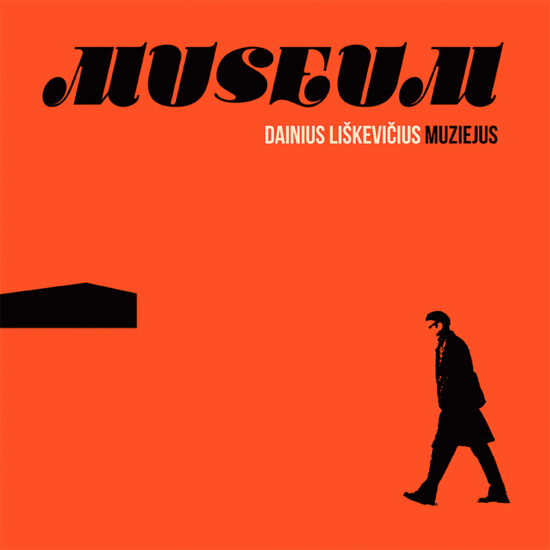 This book is a text version of Dainius Liškevičius’s work ’Museum’ exhibited at the Lithuanian National Gallery of Art in 2012, which has turned from a black exhibition room into a solid and respectable art book. The author affirms that this work, which must be understood as a simulacrum of the original museum, emerged from a desire to reflect on the forgotten reality of life under the Soviets. It is this reality which is the key actor and the main object of the book, although with a slightly displaced centre of meaning, because Liškevičius focuses on three resistance personalities representing different decades of the Soviet era who were marginal, revolutionary, and therefore deliberately deleted from the official discourse. The decade of the 1960s is represented by the last Lithuanian partisan who died in 1965, Antanas Kraujelis-Siaubūnas (1928-1965), who managed to avoid being caught by the occupying Soviet secret police for a good decade. The decade of the 1970s – by Romas Kalanta (1953-1972) who burnt himself alive at the age of nineteen, in the Kaunas City Garden, near the Musical Theater and in front of the city’s Executive Committee building, in protest against the Soviet regime. The decade of the 1980s – by Bronius Maigys (b. 1937) also known as the destroyer of art. On June 15, 1985, exactly 45 years after the Soviet army entered and occupied Lithuania, he arrived at the State Hermitage Museum in St. Petersburg and destroyed the most expensive painting there – Rembrandt’s 1636 canvas ’Danaë’. Maigys slashed the canvas with a knife and threw sulfuric acid on it.

These three “obscure revolutionary personalities”, who only became known following their dissident actions, provide a narrative frame for Liškevičius to recreate three different decades of the Soviet era – with their characteristic objects, realities, and inclusions of everyday life. Emerging temporal distance allows us to see this period in a new light, to deconstruct the established concepts and rules, by creating a different museum which eventually becomes a critique of the institution itself.

’Museum’ became a long-term project that made the author famous – a couple of years after the publication of this book, having been supplemented with new exhibits, ’Museum’ represented Lithuania at the 56th Venice Biennale of Contemporary Art in 2015. Asked about the transformation of the exhibition into a book, Liškevičius says: “The book is needed to make it easier to remember the work. For example, I may have completely wiped ’Museum’ from my memory, but when I pick this book up, it helps me remember the work, and sometimes even leads me astray. The book is like memory itself, returning to us all the quicker.”

Dainius Liškevičius is one of the most active artists of the Lithuanian “turning point generation”, who significantly contributed to the renewal of artistic expression in fine arts after the restoration of the country’s independence and the 1990s period. Graduating from the Vilnius Academy of Arts with a degree in sculpture, Liškevičius has gone on to simultaneously develop installation, photography, performance, scenography and other fields in his work, erasing the boundaries between genres and searching for novel forms in contemporary art. His work is characterized by social engagement, contextuality, irony, and public criticism. In response to the topography of a particular place, he explores human behaviours and experiences, values of identity and culture, the clash between public and private space or collective and personal memory. His artworks-projects ’Museum’, ’Peace’, and ’Labyrinth’ (2012-2014) are interrelated, as if they had grown out from each other, complementing and extending each other, and so, paraphrasing Liškevičius himself, they can be understood as a way of bidding farewell to the 20th century.