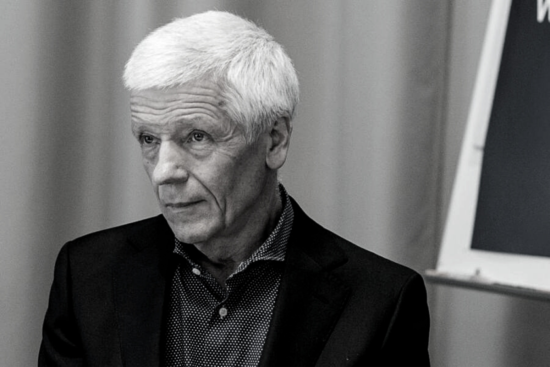 Saulius Šaltenis (born 1945) was born in a family of teachers, but had very little formal education: after a year of university he was conscripted to the Soviet Army and never returned to study after that. His first story was published in a magazine the year of his studies, and three years later in 1963 he already had a collection. He came to be appreciated for his short stories and short novels, and soon he also began writing for cinema and stage, becoming the author of the first Lithuanian musical as well as one of the most successful Soviet Lithuanian screenwriters. After 1990, like some other artists of his generation, he turned to politics and for a term even served as the minister of culture. However, this period also marked a break in his literary career. In 2014, he made a comeback with a new novel, and has written three of them since then. In 2019, he was awarded the National Prize.

Salomėja Nėris is one of the most dramatic and controversial figures in the 20th century Lithuanian history. On the one hand, she clearly was one of the most talented poets possibly in the whole of Lithuanian literature, and she is very much loved for that. However, when the Soviet Union occupied Lithuania in 1940s, she became involved in normalizing the occupation, using both her public image and her work for that. She seems to have been an extremely sensitive person, and the question of whether she really was a traitor, or naive, or confused is still one of the most painful and divisive in the Lithuanian public discourse.

Šaltenis lightly disguises Nėris under the name of Judita (Judith), another female decapitator from the Old Testament, though possibly a more positive character than Salomėja (Salome). He seems to side with those who believe that the poetess is misunderstood and treated unfairly in rigid narrative of political history, and depicts her as a woman eternally in search for love.