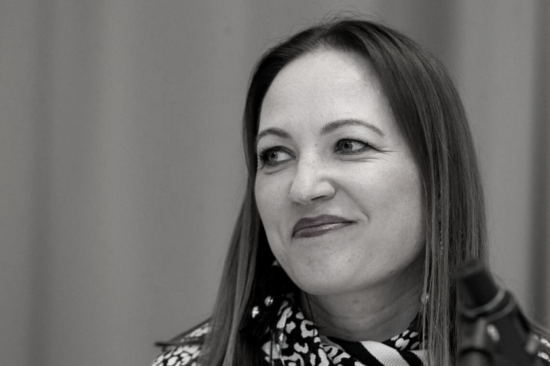 Daina Opolskaitė (born 1979) has been working as a teacher in her native town of Vilkaviškis, which she had left to study in Vilnius, but came back. In an interview she says she is introverted enough to prefer attending cultural events in larger cities, but living in a small town. Her experience as a teacher clearly informed her three young adult novels, which were well-received and successful (one was even chosen Young Adult Book of the Year). Some reviewers observed that they highlight the difference between adolescence in a large city and in a small town. She published her first collection of adult short stories as a 20 year old student, and it took her eighteen years to publish her second one, although her stories appeared in magazines much earlier. She is touted as a true master of the short form, has won multiple important awards for her novellas, and so far has expressed no intention of writing a novel for grownups.

The author has spoken with some chagrin about the publishers’ unwillingness to take on her second book of short stories (always asking for a novel), which lingered for 15 years with only some stories published in cultural magazines. However, once published, the book was extremely well-received and even awarded the EU Prize for Literature. It could be perceived as firmly planted within the Lithuanian writing tradition, down to the ever-present imagery of cold and winter. However, it is also continuing and transforming the tradition instead of mindless imitation. The stereotypical Lithuanian melancholy becomes universal 21st century anxiety; contemporary close and intimate relationships expand and explore the traditional cliches of marriage and family. Language is definitely the strength of this book, which is probably prerequisite for writing short stories: the texts feel tight-knit, waterproof, put together seamlessly and flowing freely.