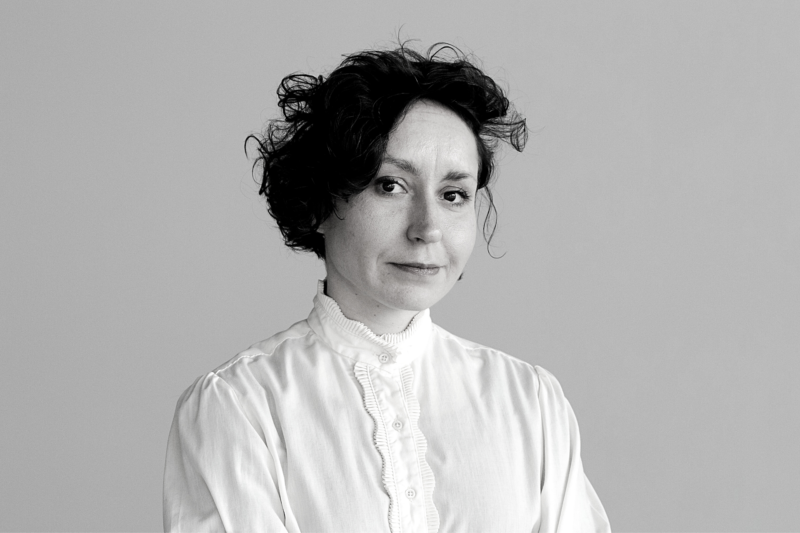 Photo by A. Vasilenko

The writer, poet and playwright Vaiva Grainytė (b. 1984) works on interdisciplinary theatre projects. Her creative work displays personal and collective memory, and reflections of everyday life, while social topics are combined with poetry, light absurdity and surrealism. Grainytė’s work is dominated by an ironic anthropological gaze which helps her to record the processes that often go unnoticed, while her reserved scepticism mocks overvalued social matters. Among her characteristic traits are precise attentiveness to the sentence structure, relevance of the topics and the search for paradoxical images.

The playwright’s most memorable works have been written in collaboration with the director Rugilė Barzdžiukaitė and the composer Lina Lapelytė. In 2013, the three artists presented a modern opera Geros dienos! (Have a Good Day!) which received a number of awards, including the Golden Cross of the Stage. This libretto by Grainytė tells the story of cashiers working at a shopping centre. It has already been translated into 11 languages. In 2017, the artists introduced another collaborative project – a modern opera Saulė ir jūra (Sun & Sea) which won the Venice Biennale Golden Lion. In 2019, they were awarded the Lithuanian National Prize for Culture and Arts.

Sun & Sea (2017) is a beach lit brightly by the summer sun, with beachgoers lying on colourful towels in the sand. A variety of stories is communicated by the singing bodies, gradually growing into a global mosaic, a general chorus of ecosystem. The beach is observed from the position of the sun, from above, as though humans were insects. The image of a lazy vacation is merely a careless surface: affected by time and heat, the bodies conceal a premonition of the end – the impermanence of people and earth.