Twelve organizations representing book authors, publishers, and other professionals in Lithuania, Latvia, and Estonia have unanimously expressed their support for Ukraine as it faces military aggression from Russia, and call on the world’s most important book fairs in Frankfurt, London, and Bologna to adopt painful sanctions against the Russian Federation.

“Ukraine is fighting an unprovoked attack, and the entire European cultural community must also fight back with all the means at its disposal. We call on all cultural organizations, artists, and curators to follow our example: support Ukraine in the international arena, condemn Russian military terror, and demand respect for democratic values,” says Aušrinė Žilinskienė, Director of the Lithuanian Culture Institute, who has also called upon the EUNIC – European Union National Institutes for Culture network to issue similar appeal in support of Ukraine.

In the joint Baltic appeal, initiated by the Lithuanian Culture Institute, book fair organizers are asked to sever all contacts with the institutions of the Russian Federation and remove Russian Federation national stands from the book fairs in Frankfurt, London, and Bologna. 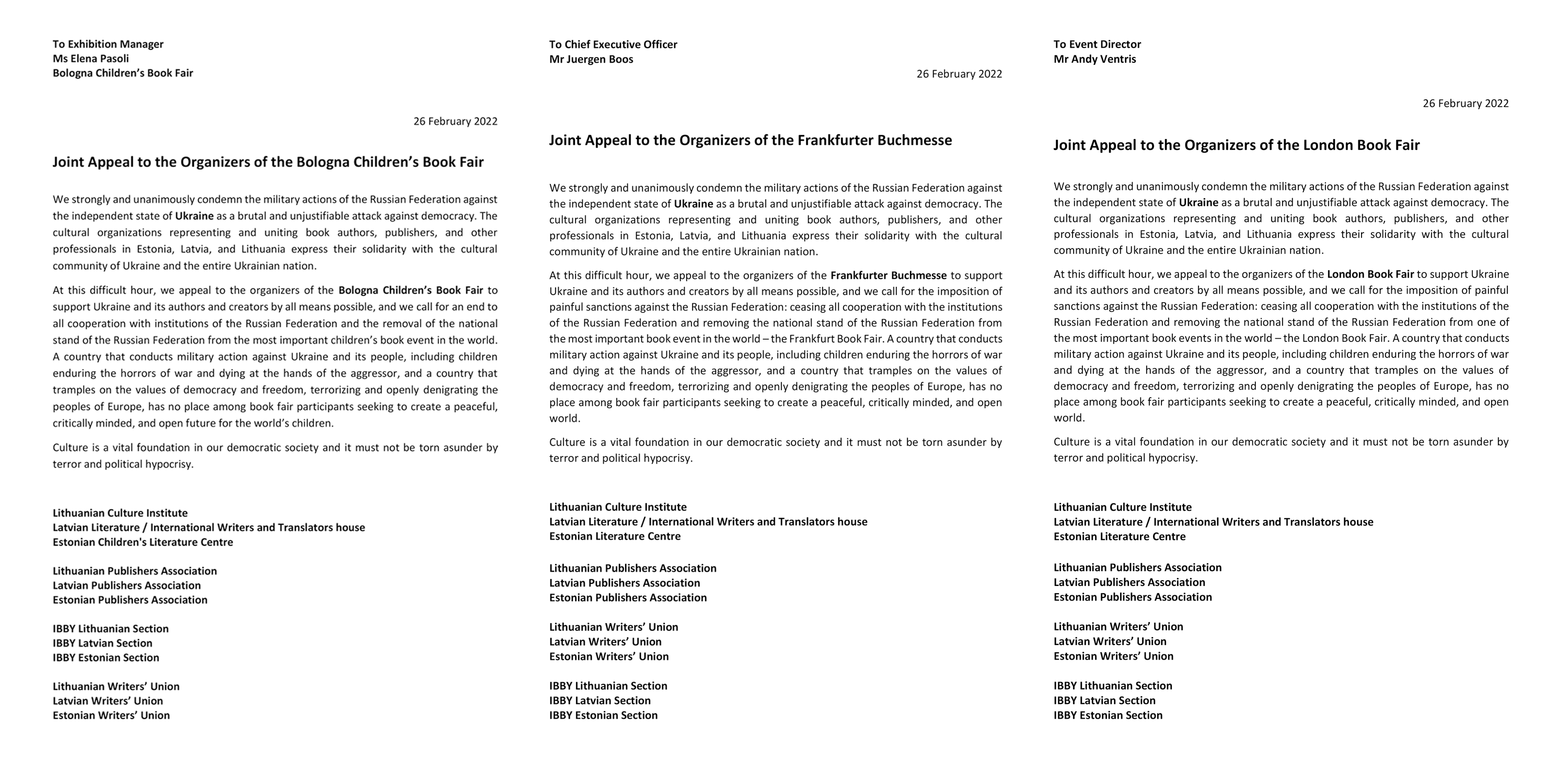