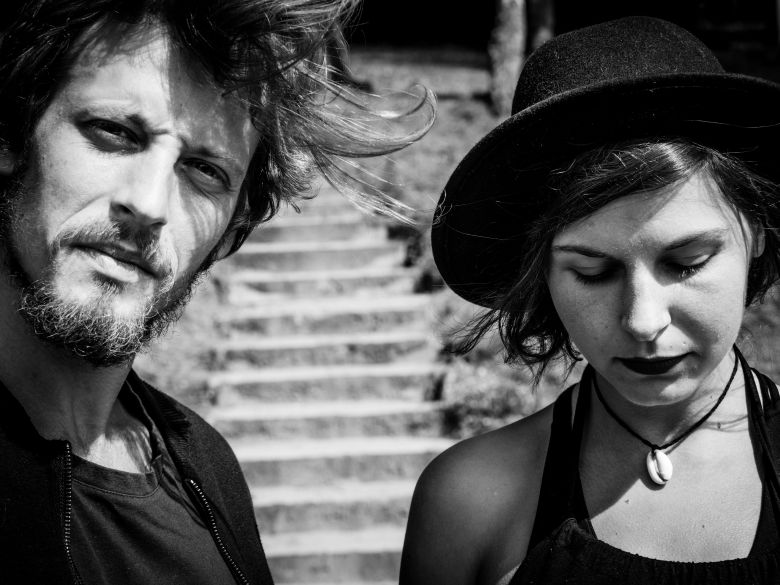 The minimalistic, rhythmic, and gently psychedelic music of the Kamanių šilelis duo could be described as contemporary electrified indie folk with an internationally appealing sound. However, what distinguishes it from most of the output in a similar vein, predominantly sung in English, is that the lyrics are often traditional Lithuanian folk songs, instantly recognizable yet treated in a novel, laidback vocal manner by the singer Kamilė Gudmonaitė. Recently, though, the duo have been gravitating increasingly towards original lyrics, which nevertheless still sound folk-like. In their records and live performances, Kamanių šilelis use traditional instruments from near and far, such as the ukulele and didgeridoo, and occasionally even everyday-use objects. As a result, the music of this evolving and innovative project enjoys a crossover audience, and attracts fans who do not usually listen to more conventional folk, post-folk, or even world music.