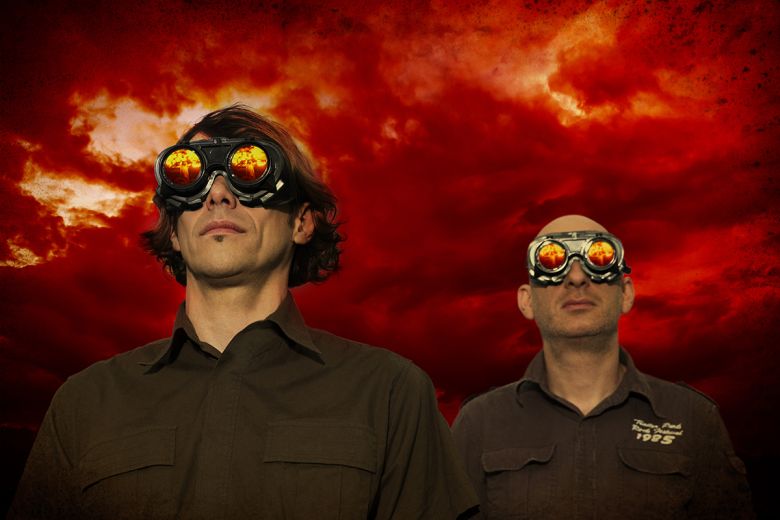 Much has changed since Happyendless won an MTV Europe award (one of only three Lithuanian acts that can boast this achievement). In 2008, when the honour was bestowed upon them, Happyendless had the charismatic lead singer Saulius Prūsaitis, and produced a mind-bending mixture of electronica, pop and alternative rock. The singer, of course, soon left to start a solo career, became an X Factor judge, and is now one of the best-known pop artists in Lithuania. However, the band (minus the singer) is now back with a new plan. Active since the 1990s, Happyendless (a duo of studio boffins Andrius Kauklys and Marius Narbutis) is one of the longest-running Lithuanian electronic acts. Producing what can only be described as dance music with a quality sign, the band became well known in the ‘noughties’, both for their irresistible electronic tracks and weird videos that have to be seen to be believed. They released two albums (Room for Mistakes in 2008 and Cinema in 2011), and went on Lithuania’s first-ever musical 3D tour of cinemas, not to mention successful performances at festivals at home and abroad. Even the British legends Depeche Mode chose them as their only Lithuanian support band ever (that gig was cancelled due to illness, sadly). Their hit Power Forever even got airtime in countries like Turkey and India. Well known for both their own singles and the Midas touch that they put on other people’s records and award-winning film soundtracks, Happyendless went back to the drawing board after breaking up with their singer. Several years down the line, they emerged from the studio with a new sound and a new formula. February 2018 saw the release of Happyendless’ third full-length album Kinetika (Kinetics), a colourful and surprising mix of electronic beats, pop tunes, elements of hip hop and folk music. Featuring several well-known Lithuanian vocalists, it became an early contender for the Album of the Year title. With a spectacular visual show and irresistible sound, Happyendless are ready to take over your headphones. You should just give them a chance.