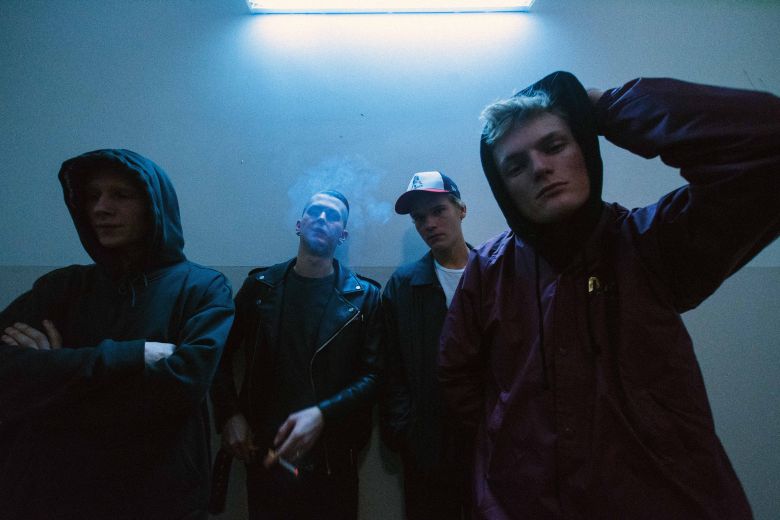 If you ask 18-year-olds in Vilnius which Lithuanian artist creates the best music, you will probably hear the name of this band mentioned quite a lot. Led by the singer and guitarist Benas Aleksandravičius, ba. is considered the voice of Lithuania’s youth (at least a considerable part of it with an interest in rock and alternative music). Singing exclusively in Lithuanian, Benas emerged as if out of nowhere at the beginning of 2013, and started posting videos that quickly went viral, beating the biggest Lithuanian pop stars at the game of clicks. At the tender age of 16, without the backing of a record label or conventional promotion, this indie rock singer managed to capture the hearts and minds of the young Internet generation. People took note: ba. quickly became a much-talked-about musician, and yet remains a bit enigmatic. ‘I’d rather let the music speak for itself than try to gain publicity by discussing my personality.’ Having dropped out of school to concentrate on music (still a pretty unusual move in Lithuania), Benas’ atmospheric tunes, with nods to post-punk, quickly drew an impressive army of followers: the video for Sugebėt pasikeist (To be Able to Change), released in 2014, has now been viewed more than a million times on YouTube, no mean feat for an alternative artist from a country with just three million inhabitants. However, the anthemic indie of the debut EP Raktas (The Key, 2013) soon gave way to the somewhat harsher, more grungey guitar sound of the full-length album Rasti/Pasiklysti (To Find/to get Lost, 2015).  Benas and his cohorts soon became the talk of the town as one of the most exciting live bands around. After releasing two more EPs, in 2017, ba. played at Siemens Arena (Vilnius’ biggest concert venue). In 2018, they are celebrating their fifth birthday with a special gig and a cinema event, and the sophomore full-length album release seems imminent. The talk of the town is that this could be one of the best Lithuanian rock records ever released. The initial hype, it seems, is fully deserved: this is a band definitely worth keeping an eye on.