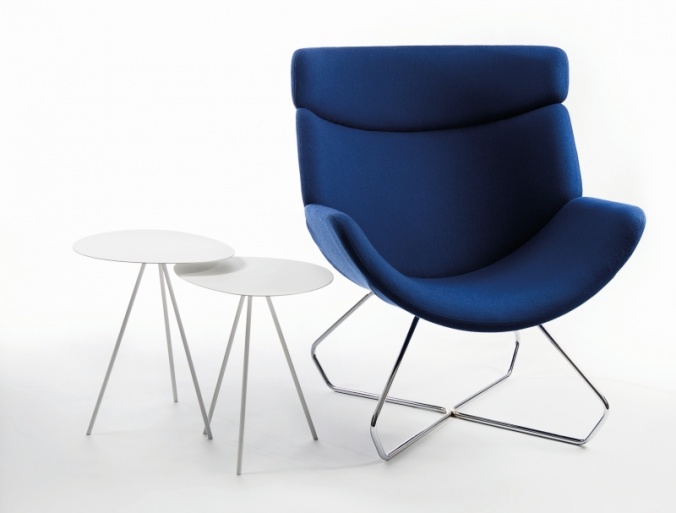 Inspired by the shapes of stones, the designer Vytautas Puzeras (born 1976) created the NORD coffee table in 2011. Several years later he incorporated an armchair, EGGY, into the design. It was designed as a curved shell, which ergonomically conforms to the seated body, and begs comparison to Arne Jacobsen’s chair Egg (1958).  Puzeras’s Eggy Nord line of furniture was selected to represent Lithuania at events during the 2013 Lithuanian presidency of the Council of the European Union in Vilnius in 2013.

Puzeras received an MA from the Department of Design at the Vilnius Academy of Arts in 2000. He has worked on graphics, furniture and interior design projects, and participated in exhibitions in Lithuania and abroad, since 1997. He creates new design objects in a highly experimental manner: he seeks new applications for materials and pursues eco-design ideas. In 1997, he presented the ecological project Frog at the X-Nio Design Kalmar exhibition in Sweden. In 2006, he created a series of illuminated furniture called Orient, and in 2007 he designed Re SY from recycled materials. His interior design projects were awarded Golden Palettes at the Annual Interior Design Competition and he has received the Lithuanian Good Design prize several times.