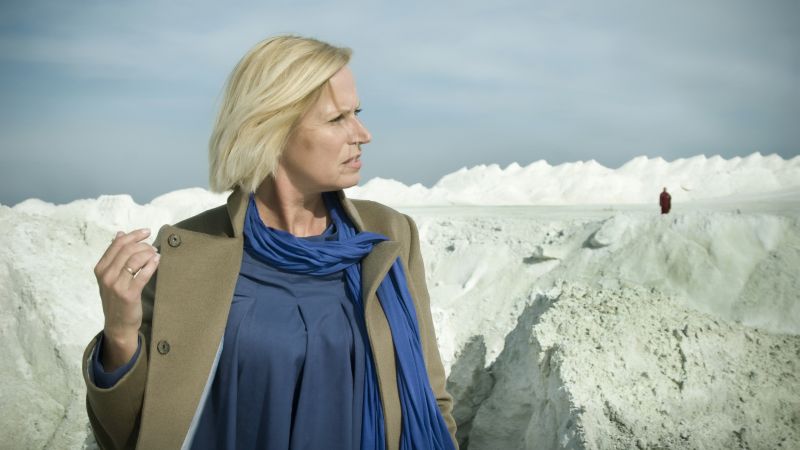 Algimantas Puipa (born 1951) is one of the most productive directors in Lithuania, with more than 20 feature films to his credit, many of which have received international film awards. Puipa graduated from the All-Union State Institute of Cinematography in Moscow with his 1974 debut film Kelio ženklai / Road Signs, and made his first feature film called Atpildo diena / The Day of Retribution, with Stasys Motiejūnas at the Lithuanian Film Studios in 1975.

In 40 intensive years, he has made over 20 feature films, most of which are adaptations of literary works. His individual style of directing was apparent in his early dramas Velnio sėkla / The Devil’s Seed (1979), Arkliavagio duktė / The Horse Thief’s Daughter (1981) and Moteris ir keturi jos vyrai / A Woman and her Four Men (1983). His style is characterised by themes from Lithuania’s history, psychological subtexts, visual paradoxes and vivid portrayals of women. Women’s issues and the problems of a materialist society are revealed in his later films like Žuvies diena / Fish Day (1989), Bilietas iki Tadž Mahalo / Ticket to the Taj Mahal (1990), Elzė iš Gilijos / Elsie’s Life (2000) and Nuodėmės užkalbėjimas / The Whisper of Sin (2007). He often employs a conditional allegorical form of narration, surrealist details, and a style reminiscent of a folk legend. With films like the lightly ironic Vilko dantų karoliai / The Necklace of Wolf’s Teeth (1997), the winner of the Grand Jury Prize at the Rouen Nordic Film Festival, and the epic Dievų miškas / Forest of the Gods (2005), based on Balys Sruoga’s novel of the same name, he focuses on the experiences of characters oppressed by totalitarian regimes who have not lost their dignity or their sense of humour. Now a classic of Lithuanian cinema Amžinoji šviesa / Eternal Light (1988), the winner of the Grand Prix at the Locarno Film Festival, dwells on the painful historical fate of the nation, the consequences of Sovietisation, and the unconquerable desire to survive, regardless of the circumstances. He has made two films based on the works of Jurga Ivanauskaitė: Nuodėmės užkalbėjimas / Whisper of Sin (2007) Miegančių drugelių tvirtovė / The Fortress of Sleeping Butterflies (2012). The Fortress of Sleeping Butterflies won four awards at the National Silver Crane 2012 Cinema and Television Film Awards. In his 2015 film Edeno sode / Garden of Eden, Puipa explores old age and death, the fear and anticipation of eternity.