On 21 July, one of the largest film festivals in the Northern and Eastern European region, Nowe Horizonty (New Horizons), began in Wroclaw, revered as the capital of bold and progressive cinema. This international event attracts more than 100 thousand spectators every year. The second day of the festival saw the solemn opening of a retrospective of Jonas Mekas’ films, dedicated to the centenary of his birth. The programme, put together by Polish curators Roman Gutek and Urszula Śniegowska, includes as many as thirteen films: eleven made by Mekas himself and two by directors Pip Chodorov and Douglas Gordon, who knew the artist closely. The film programme is supplemented by the presentations of the first monograph on Jonas Mekas to be published in Poland and an exhibition dedicated to the Lithuanian-born godfather of New York avant-garde cinema. The retrospective that took place between 22-30 July and is available on the online platform of the festival until 7 August, is an important part of the global project Jonas Mekas 100! in Poland.

The programme dedicated to Jonas Mekas and his creative legacy was opened by the founder of the Nowe Horyzonty festival and co-curator of the Jonas Mekas retrospective Roman Gutek and the curator of the programme Urszula Śniegowska. The audience and partners were welcomed by Jonas Mekas’ son, director Sebastian Mekas, the cultural attache of Lithuania in Poland Rasa Rimickaitė and the director of the Lithuanian Culture Institute Aušrinė Žilinskienė. 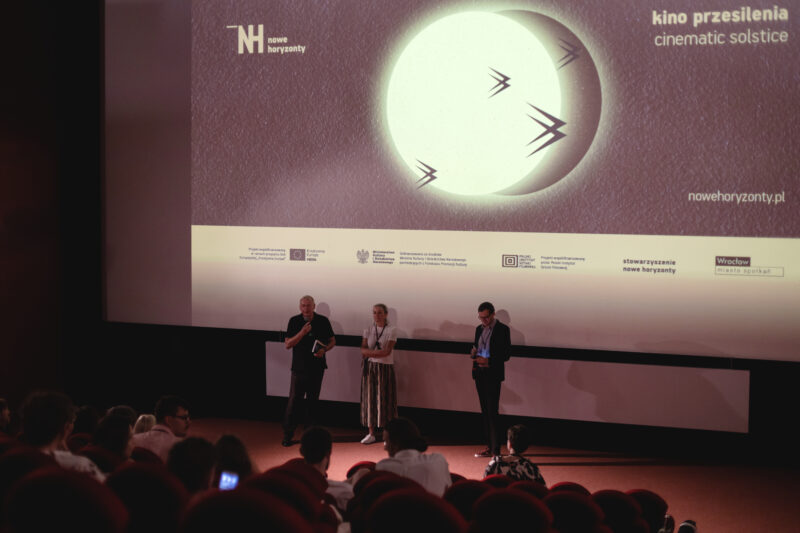 In her speech, Žilinskienė thanked film lovers who gathered in large numbers to celebrate the centenary of the avant-garde cinema legend Jonas Mekas. The director of the Institute drew the audience’s attention to the growing relevance of this artist in the historical and contemporary context of the war in Ukraine and its consequences. “On 29 March 1990, the New York Times quoted Mekas’ idea that neither the balance of political power nor the economy nor life itself has any meaning if even one nation, even one person, is unfree. Today, those words have become acutely relevant again. It was painful to see the photographs from a basement in Kyiv of a young woman, who was seeking refuge there, reading the diaries of Jonas Mekas. His extraordinary personality, life experience and work truly inspire different generations,” said Žilinskienė at the opening and, in the vein of Mekas who believed we should forget eternity and instead enjoy moments of beauty, invited the audience to enjoy the programme.

The retrospective began with Mekas’ 1969 film Diaries, Notes and Sketches (aka Walden). Following the screening, the audience could not hide their admiration: “Walden is the truest of Mekas’ diaries, and I am delighted to have started exploring this year’s Nowe Horyzonty festival programme with this film. It fits the programme and the character of the festival perfectly,” shared his impressions Piotr from Wroclaw, bringing up the fact that the festival, which has been running since 2001, is known for presenting independent cinema and film visionaries. “Next month, I will definitely read the freshly published monograph on this artist – it is the first publication of such volume about Jonas Mekas in Poland.”

“This was my first acquaintance with Jonas Mekas’ films. After watching Walden, I added more of his film screenings to my calendar, because I really want to get to know his work more,” said Małgorzata, an art student, another visitor to the festival.

“There are so many films by Jonas Mekas in this retrospective that, as much as I want to, I won’t be able to see them all during the festival,“ lamented another cinephile, Wojciech. “Therefore, I’m very glad that some of them will be available online for some time afterwards.” 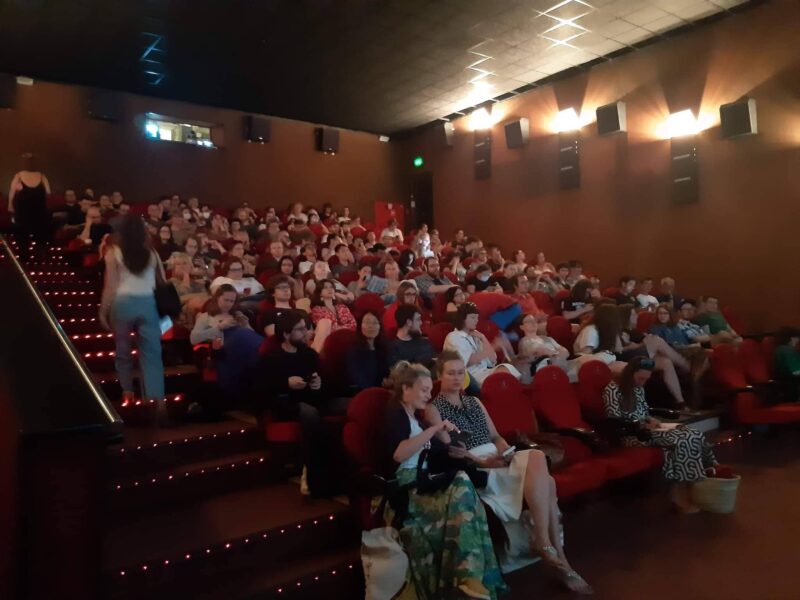 The film programme dedicated to Mekas also attracted the attention of the Polish media. Even before the festival started, Maja Głogowska, the editor of the influential cultural portal Filmowka, published a very favourable review of the retrospective. After the festival opened, the portal “doba.pl” offered its recommendations to its readers: in the programme, which this year includes 271 films and four retrospectives (one of which is dedicated to the work of the famous Polish director Agnieszka Holland), the editors singled out films by Mekas and encouraged visitors “to go on a journey through the life of one of the most extraordinary avant-garde filmmakers, the undoubted master of personal documentary and this year’s star”.

The retrospective woven together by the autobiographical thread

For Jonas Mekas’ retrospective, curators Gutek and Śniegowska selected eleven films that best reveal the autobiographical nature of the artist’s work. The programme presents his most important films: those documenting the first moments of the Mekas brothers’ life in the USA, like Lost Lost Lost, filmed in 1949 and edited in 1976, alongside those depicting Jonas Mekas’ visits to Lithuania, as well as those opening monumental panoramas of the artist’s life, such as As I Was Moving Ahead I Occasionally Saw Brief Glimpses of Beauty (2000) and Out-takes from the Life of a Happy Man (2012).

Two other films, by Jonas Mekas’ friends Pip Chodorov and Douglas Gordon, complement and aptly echo the leitmotif of the retrospective, that of personal history. In Gordon’s film, I Had Nowhere to Go (2016), almost black shots presenting Mekas’ diaries read by the artist himself convey the loneliness of a war refugee. Meanwhile, Pip Chodorov’s Free Radicals: A History of Experimental Film (2011) presents to the festival audience what was born out of that loneliness: American avant-garde cinema. The curators of the retrospective see Jonas Mekas’ status as a war refugee and immigrant as a very important factor that motivated the artist to create a ‘new nation’, that of underground filmmakers in New York.

The first monograph on Jonas Mekas in Poland

The special highlight of the festival Nowe Horyzonty and the retrospective of Jonas Mekas’ work were presentations of the monograph on the artist, Przebłyski biłka. Spotkania z Jonasem Mekasem (Glimpses of Beauty. Meetings with Jonas Mekas), written by Professor Andrzej Pitrus from the Audiovisual Arts Institute of Jagiellonian University. This is the first publication about Jonas Mekas written in Poland. It was published by the film festival and the Gdańsk publishing house Wydawnictwo w Podwórku. The translation of the texts used in the book was financed by the Lithuanian Culture Institute. 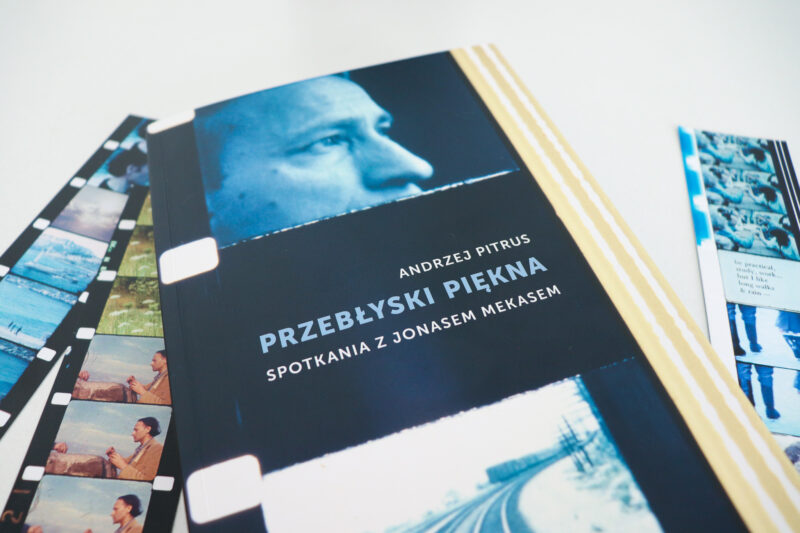 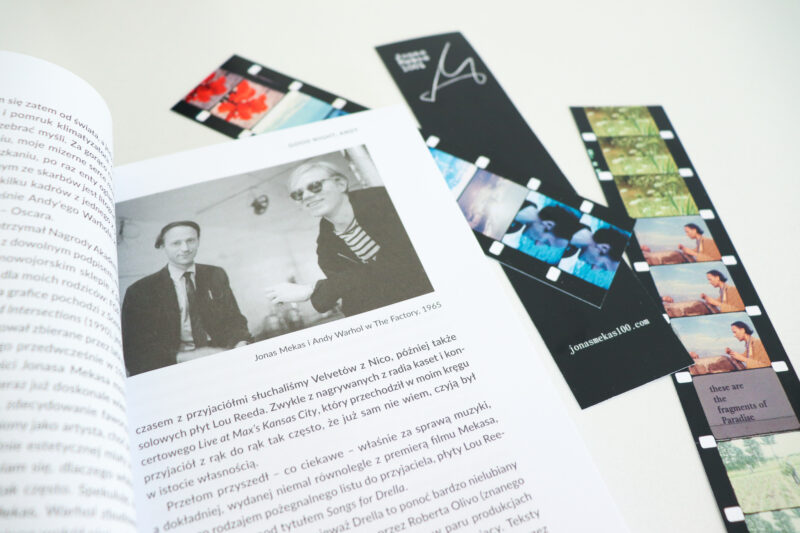 Photos by Rūta Statulevičiūtė-KaučikienėOn 27 and 28  July, the screenings of Mekas’ films were followed by presentations of the monograph, with the participation of the author. The publication can be purchased from the publishing house, the festival and other physical and online bookstores.

Jonas Mekas an inspiration for creators of contemporary art

On the second day of the festival, Wrocław gallery SIC! BWA hosted the exhibition As Far As I Can See by the artist couple, Swiss Emanuel Geisser and Polish Kama Sokolnicka, dedicated to Jonas Mekas. The artists were inspired by Mekas’ answer to the question posed to him in 2019 by Hans Ulrich Olbricht about whether he had anything left on his bucket list. “When I turn 100, I want to go to the Himalayas, Tibet. We can talk about that in 2023 when I return,” replied Jonas Mekas then.

According to Geisser and Sokolnicka, if Mekas was still among us he would be celebrating his centenary and fulfilling his dream as we speak. Unfortunately, his journey was to remain an idea, a vision of a possible future. “Perhaps Mekas saw mountain peaks as symbols of the kingdom of unfulfilled dreams, the drive behind the artist’s striving to constantly improve and move forward”, ponder Geisser and Sokolnicka, whose exhibition invites visitors to reflect on the phenomena of travel, movement, light and dreams that remain unfulfilled. 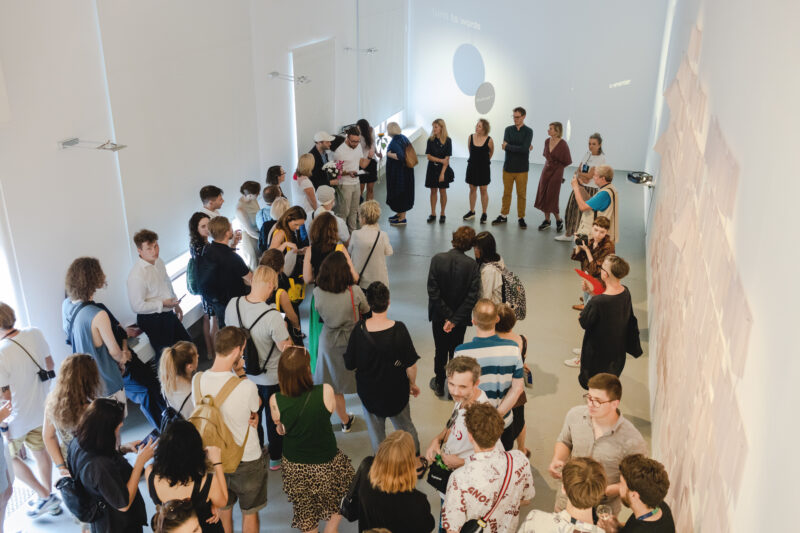