In 2022, the Kaunas 2022 program “Memory Office” will invite the audience to a year-long cultural research of Kaunas DNA. An extremely rich and multi-layered artistic program will lead to a brave confrontation with the city’s complex past like a mirror that helps you get to know yourself and your humanity better.

The program of events, which brings together creators from Lithuania and all over the world, plus a group of partners, will allow locals to get to know their city better, and for the visitors, it will become an atlas of new stories of Kaunas. World-renowned artists William Kentridge, Philip Miller, Jenny Kagan, the Sala-Manca Collective group of artists, and others will help to explore the city. The most important events in the city’s history, which shaped, changed and raised the city from the Second World War, the 1972 “Kaunas Spring” to the myths, stories and legends of the present-day city will be presented through exhibitions, concerts and performances. 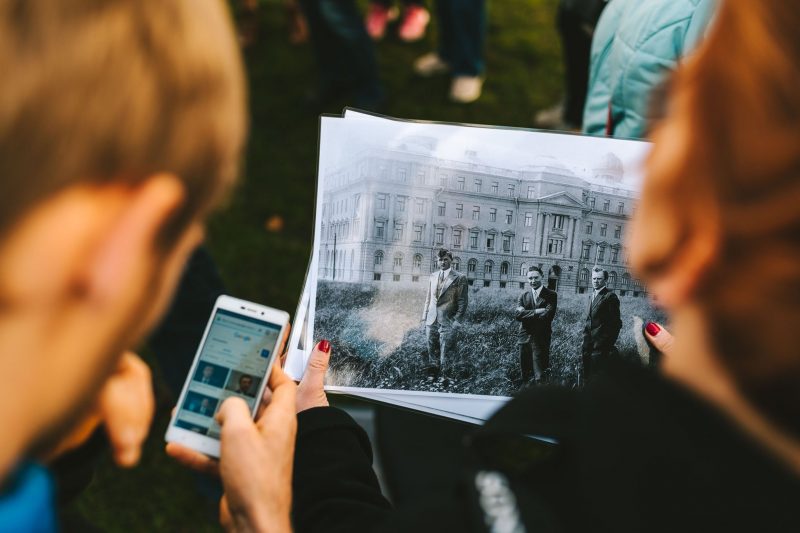 The biggest event of the “Memory Office” program, the CityTelling Festival, which is already popular with visitors, will take place in 2022 for four months and will talk about the return and the community spirit. In this more than ever conflicted world, we will try to forge a new relationship not only with our painful history, but also with those who live next to us today. Extensive program of the festival includes stories of various forms that build bridges between different cultures, religions and languages. Stories that teach to empathize and listen to the Other.

The international program will invite to exhibitions, performances, concerts of internationally acclaimed artists, new routes created by city history enthusiasts and excursions to explore the different side of the city. The storytellers’ project “Where can I find you?” will spread around the city’s cafés, streets and courtyards, looking for everyone who wants to hear and share the stories of the modern world. Finally, the conference on the idea of Europe will raise one of the most pressing questions of today: what is Europe and what is our place in it? 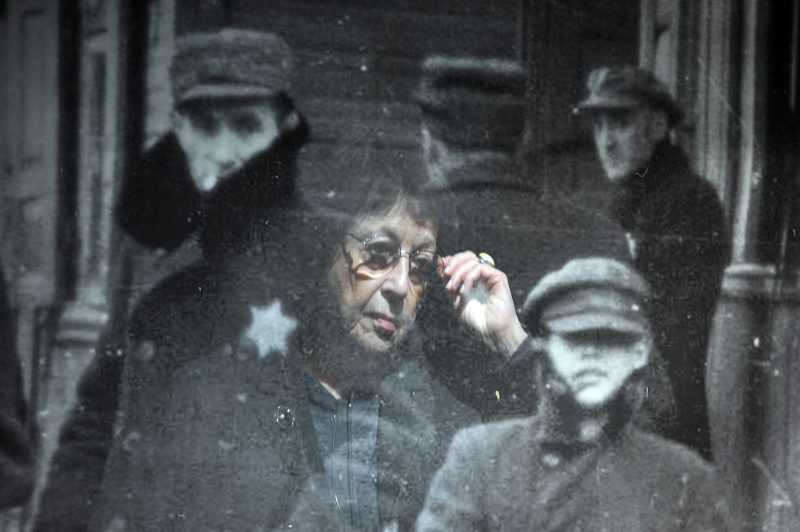 Special attention to the Jewish memory of Kaunas

The Memory Office program and the CityTelling Festival will pay special attention to the Jewish memory of the city. In 2022, the European Capital of Culture will invite Litvaks scattered all over the world to meet at the World Litvak Forum. On 29-30 September, in the program of discussions and culture, famous artists, scientists and representatives of the world of culture will talk about the Litvak identity, memory, and the role of culture in giving meaning to multicultural memory and creating new opportunities for dialogue.

One of the most anticipated events of Kaunas – European Capital of Culture 2022 is the work “Kaunas Cantata: Reconciliation” by composer Philip Miller and artist Jenny Kagan. The largest and most massive musical experience of Kaunas to date, dedicated to the symbolic reconciliation of nations, will be played during the Litvak Forum. More than 400 performers joined this piece of vocal instrumental music: local musicians and singers, choirs, representatives of different genres and generations.

The major events of the four-month CityTelling Festival program are also dedicated to the Jewish theme – exhibitions, performances, musical stories, installations dedicated to the heritage of Jewish memory and cultural signs in the city spaces, and many other activities. Litvak artists who returned to Lithuania from the Republic of South Africa, Great Britain, France and Israel took a particularly active part in the development of the program. Main events: William Kentridge’s exhibition “What We Don’t Remember”, musical performance “Dybbuk”, Jenny Kagan’s exhibition “Out of the Darkness”, photography exhibition “The Last Litvaks”, art installation in public spaces “Threshold” and others.

The book “Kaunas Jews”, which will be released in Lithuanian and English languages this year, is no less important. This is the first such presentation of the Jewish history of Kaunas from the most important facts, concepts and names. This most comprehensive book on the subject to date does not seek to answer all the questions, but starting from the 15th century will consistently remind the contribution of Kaunas Jews to education, medicine, industry, business, culture and other areas of life, and will touch on the painful pages of history. 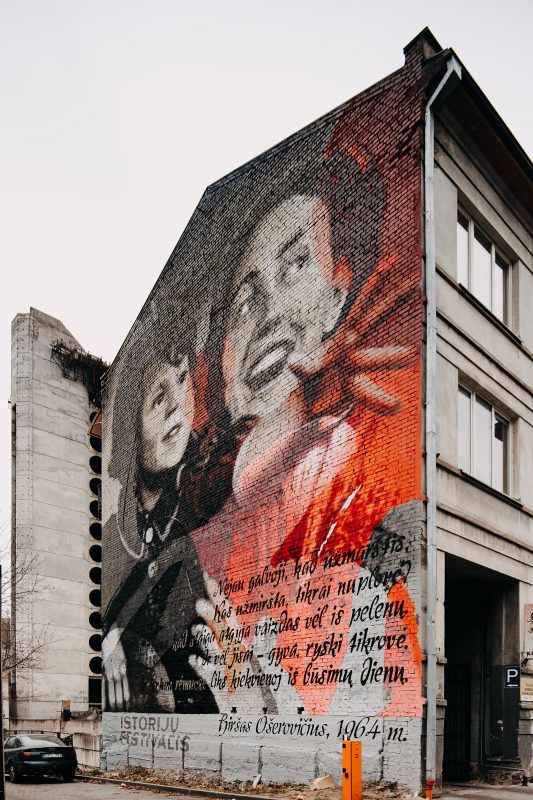 The special program of events will remind of the time that led to the biggest historical turning point in the life of the city. The nineteen-year-old Romas Kalanta who set himself on fire on 14 May 1972 and the events that followed led to the birth of the so-called “Kaunas Spring” – anti-Soviet protests that involved thousands of people and took place mainly in Laisvės alėja (Liberty Avenue). These events left traumatic traces not only in the further development of the city, in its cultural life, but also in the fates of a large number of young Kaunas residents. These historical events and the period of the disobedient will be revived within the Kaunas 2022 program through performances, exhibitions, concerts, discussions, meetings, etc. dedicated to this topic.

The crucial point of this program will be the exhibition “1972: Regime, Youth and Art”, in which paintings, photographs and films, documentary testimonies of musical life, youth fashion and other artefacts will tell about alternative culture and non-Soviet way of life in Soviet Lithuania. The exhibition will reveal the diversity of mindsets and creativity in the Soviet background that levelled everyone. It will explore how aesthetic tastes and ethical attitudes in Soviet times shaped different patterns of life and the atmosphere of disobedience to the government.

A series of events dedicated to the identity of the city will invite to look at the city and its residents from a different angle. We will examine the city, re-explore the city’s industrial heritage and histories of some factories. Perhaps the most interesting highlight of the program is the conversation between Kaunas and Vilnius about the confrontation between the two cities, the silent struggle and the mute dependence. In the exhibition, which will take place simultaneously in the two cities, MO museum together with Kaunas City Museum will remind how the big cities shaped each other and how modern Lithuania arose from the tensions between them. 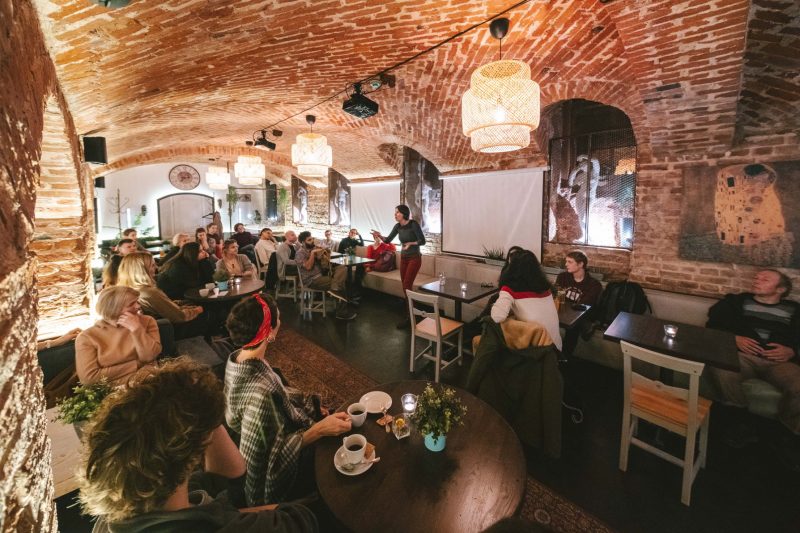 Kaunas and Kaunas district have been adorned with works of street art that bring back the faces of those who lived before us, tell their fates and present culture. This way, the poet Lea Goldberg , the charismatic Rosian with her mother Gerta, and the signs of the Tartar legacy returned to Kaunas again. The number of these meaningful wall drawings is increasing, so when wandering around Kaunas, Kulautuva or Kačerginė, don’t forget to look around and stop to read the inscriptions. Look for the special memory street art route at atmintiesvietos.lt

And this is only a short look at the Kaunas – European Capital of Culture 2022 program “Memory Office”, which brings back the memory of the city’s ethnic communities. Next year, Kaunas and Kaunas district will become one big European stage and turn the city to a place where you will not escape culture. Comprehensive program of events for 2022 will be announced in September. 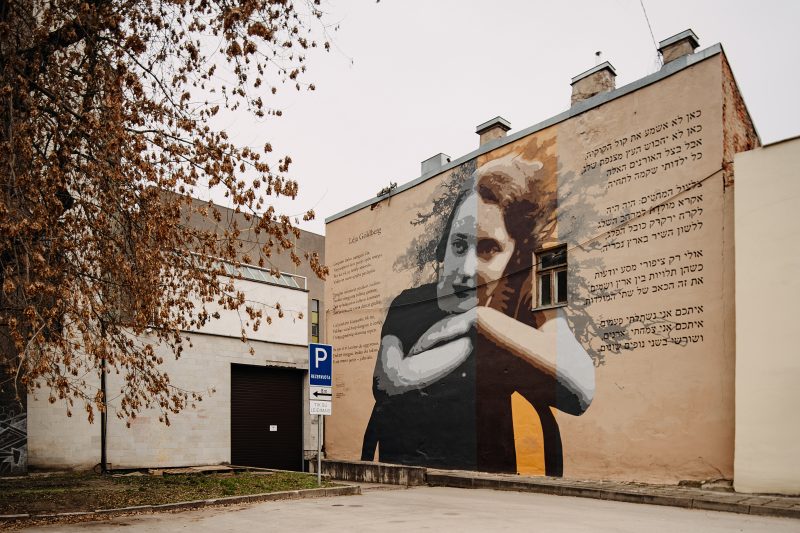