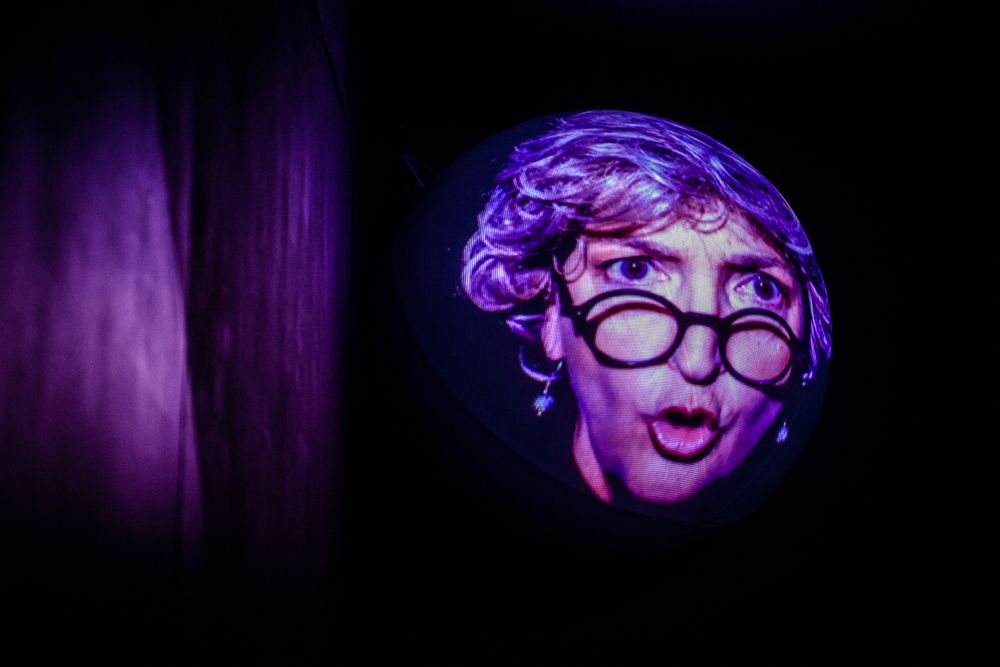 Lapina first appeared on the professional theatre scene in 2010, and since then she has directed a number of productions and led creative seminars in Italy, Brazil, France, Germany, Estonia and Russia. This young director creates productions mainly for children, and is constantly searching for a language for dialogue and new forms of expression with different age groups.

Three productions directed by Lapina have been awarded a Golden Cross of the Stage: the interactive play for children Magic Crayon (Stebuklingoji kreidelė, 2012), created for the Russian Drama Theatre of Lithuania, another production for children at the State Small Theatre of Vilnius Dear Uncle from the Amusement Park! (Brangusis atrakcionų parko dėdė, 2013), and Code: Hamlet (Kodas: Hamlet, 2016) an interactive stage play/game that explores various spaces of the Russian Drama Theatre of Lithuania.

Lapina’s latest work for children is the installation play About Fears (Apie baimes), created in collaboration with the playwright Teklė Kavtaradzė and the scenographer Renata Valčik. This play, which is accessible to the whole family, encourages us to not be afraid. The entire town of ‘fear rooms’, which was born out of the main actors’ childhood experiences and private stories, invites viewers to travel through it, explore their own experiences, and share them with each other.