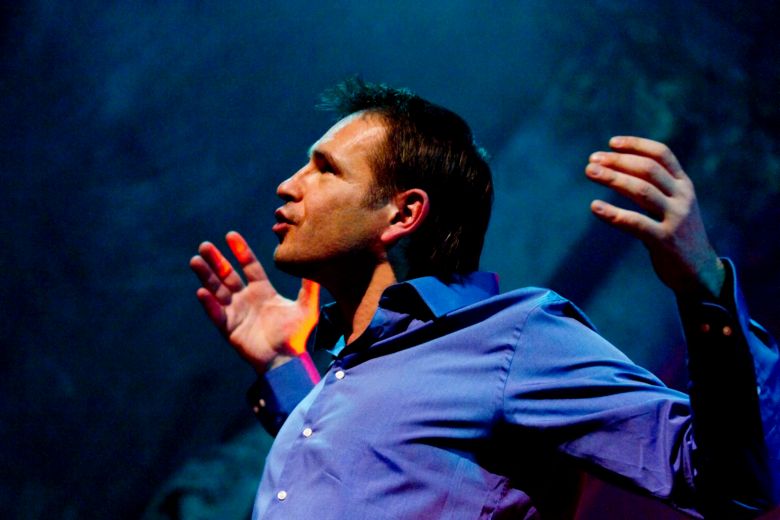 The Americans have Bruce Springsteen. The Irish have Bono. The Lithuanians have Marijonas Mikutavičius. And this is not a wildly overblown comparison. For more than two decades, this charismatic singer, journalist and television host has been a household name in Lithuania. Starting in the early 1990s as the lead singer of the rock band Bovy, he carved out a successful career in television, presenting music and entertainment shows, but music remained his most important passion. In 2000, he recorded Trys milijonai (Three Million), a song for the Lithuanian team taking part in the Sydney Olympics. The uplifting song became an overnight sensation, and two decades down the line it is still wildly popular. Many people even consider it to be Lithuania’s second national anthem.

Dozens of hits followed, including Celebrate Basketball, a theme song for the Eurobasket 2011 championship held in Lithuania. Performing a mixture of rock, pop, blues and country, Marijonas has released three successful albums, performed countless gigs, represented Lithuania at the Eurovision Song Contest (with the humorous ‘all-star’ group LT United), and won a number of awards. In 2014, he received a medal from Lithuania’s president Dalia Grybauskaitė for his contribution to Lithuanian culture and society. For several years in a row, his annual sold-out concerts have been held in the Žalgiris Arena, the biggest venue in Lithuania (this achievement remains unmatched). He is often considered not only the country’s most popular male singer, but also the best lyricist. However, he usually talks down his success: ‘I’m just a regular dude who got lucky.’ In fact, his self-deprecating humour is part of his charm. When you come to Lithuania, ask about him. We are one hundred per cent sure it will be a great ice-breaker for any conversation.