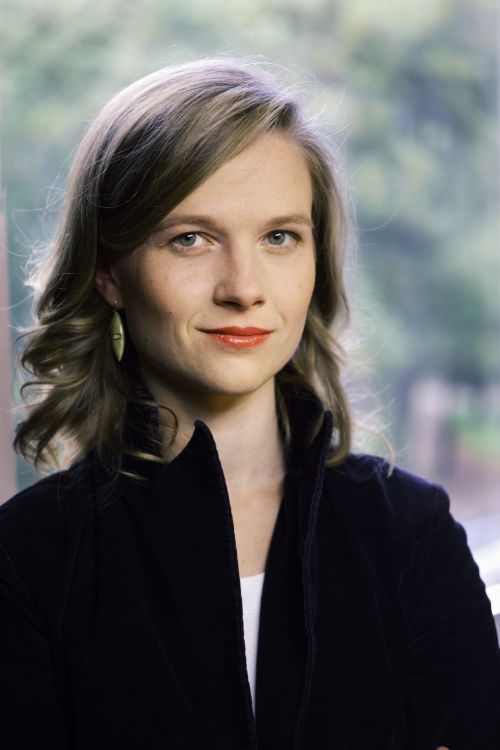 Mirga Gražinytė-Tyla (born 1986) is a conductor whose career is developing at a stunning pace. In 2016, she was named music director of the City of Birmingham Symphony Orchestra.

She was born in Vilnius into a family of musicians, and studied at the University of Music and Performing Arts in Graz, the Music Conservatory in Bologna, the Felix Mendelssohn-Bartholdy Music Conservatory in Leipzig, and the Music Conservatory in Zurich. In 2012, she made her debut appearance at the Salzburg festival with the Gustav Mahler Youth Orchestra, winning the Young Conductor’s Prize. Between 2012 and 2017, she worked at the Los Angeles Philharmonic, first as an assistant conductor, and later as an associate conductor. Between 2015 and 2017, she was music director of the Salzburg Landestheater. Gražinytė-Tyla has collaborated with the Lithuanian National Symphony Orchestra, the Beethoven Orchester in Bonn, MDR Leipzig Radio Symphony Orchestra, the Radio Symphony Orchestra and the Chamber Orchestra of Vienna, the Danish National Symphony Orchestra, the Mozarteum Orchestra and the Camerata Salzburg, the French Radio Philharmonic Orchestra, the Philadelphia Orchestra, the Metropolitan Opera Orchestra at Carnegie Hall in New York, and others. As an opera conductor, she has performed in Heidelberg, Salzburg and Bern theatres, as well as the Komishce Oper in Berlin. She has taken part in several European tours in collaboration with Gidon Kremer’s Kremerata Baltica. In 2017, the influential publication Politico named her as one of the most important people of 2018.