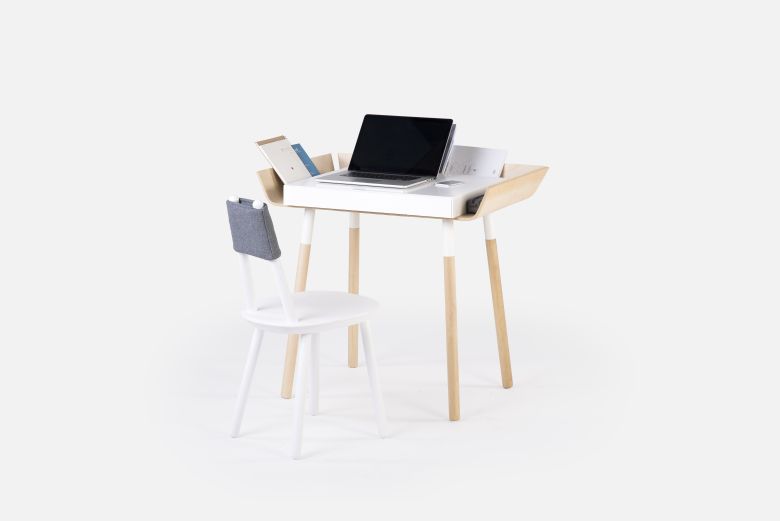 The Naïve chair from the newest Emko collection and the MWD table is almost a portrait of this creative pair of Lithuanian designers. These are very ordinary, universal, easily assembled and transported pieces of furniture, while being at the same time different, playful, and distinctive in their original details. The designers emphasize that through their creativity and projects they try to give everyday objects a new twist and a broader utilitarian functionality. For them the emotional relationship between people and the objects that surround them is important. ‘In creating objects, we hold a deep respect for the crafts, tradition and evolution. In adapting them for today’s environment, technology and society, we at the same time are look at how to make them new, better, different.’

The design duo of Inesa Malafej (born 1988) and Arūnas Sukarevičius (born 1986) both graduated from the Department of Design at the Vilnius Academy of Arts, and became well-known for their final bachelor’s degree works. Malafej’s submission was the preliminary version of the famous My writing desk (MWD), which was awarded the prestigious IF concept design award 2012 in Germany; two years later it received the Red Dot award. Sukarevičius designed a chair with pockets while studying at the Vilnius Academy of Arts, which won first place at the Young Designer Prize competition in 2011. Today it is called My reading chair. The designers continued their studies at the Royal Danish Academy of Fine Arts in Copenhagen where they established their design studio etc.etc. in 2012. In creating their new design objects, the designers collaborate successfully with Lithuanian companies and also well-known foreign manufacturers.