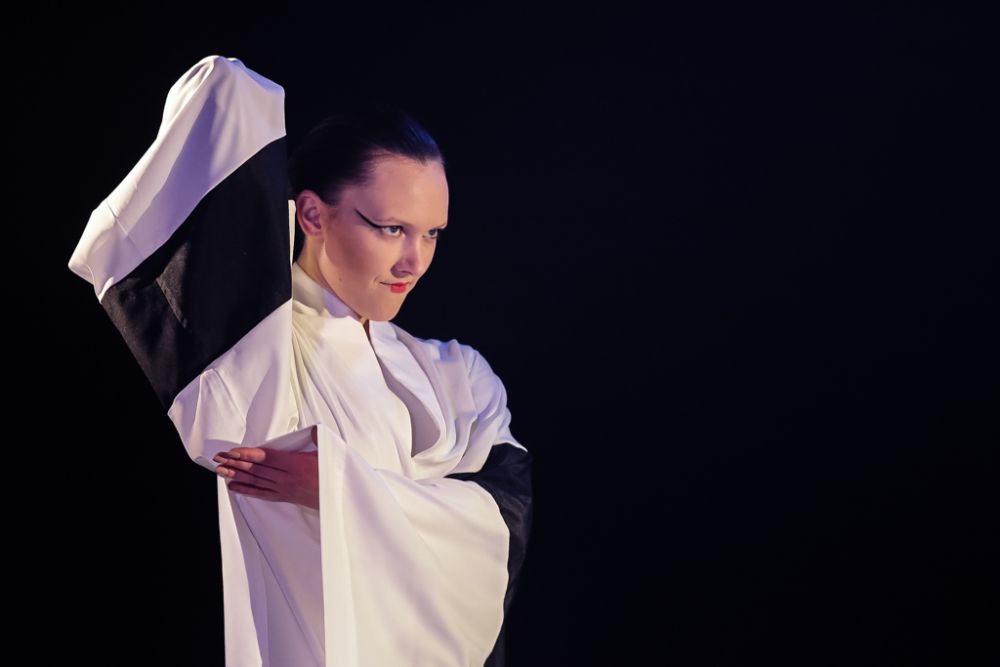 The dancer and choreographer Inga Kuznecova (born 1986) gained her BA degree in choreography from the Faculty of Arts at Klaipėda University in 2010, and her MA in dance in 2012. She also studied dance at the Dance College in Stockholm in Sweden. Kuznecova runs the contemporary dance studio Jazz Up, creates choreography, and dances with the dance company Padi Dapi Fish. She has been teaching at Klaipėda University since 2014.

Kuznecova has danced in dance productions by the choreographers Agnija Šeiko, Dovilė Binkauskaitė and others, and has participated in various art projects. She first appeared on the professional dance scene as a choreographer in 2010, and since then has created choreography for four dance performances. Her not yet extensive repertoire stands out with its variety of genres and forms, as her dance shows differ from each other both in their themes and in the language of movement. In the final work for her degree, entitled Mikas & Breakfast (Mikas ir pusryčiai, 2010), she explored the human reaction to the different tastes of food. In 2012, together with the dancer Petras Lisauskas, she created the dance duet And Everything Went Fine (Ir viskas klojos kuo puikiausiai), which looks at a couple’s relationship in a straightforward but perceptive way. It was performed not on the stage, but in a real-life space, in an apartment. Both these productions were included in the programme of the International Contemporary Dance Festival New Baltic Dance. The third work by this choreographer, Diagnosis – Basketball (Diagnozė – krepšinis, 2012), explored the most popular sport in Lithuania.

Following a break of several years, she returned with the dance show for children Forgotten Princesses (Pamirštos princesės) in 2016. This production for children aged seven to 12 looks for ways that every child can discover their unique features, and how to cherish and nurture these features, as well as how to build valuable and respectful relationships with other people. Transferring real life situations into a world inhabited by princesses, the dancers speak about the unique personality that exists inside everyone. This performance was nominated for the Mask of Gratitude award granted to theatre practitioners in Klaipėda, and the Golden Cross of the Stage, the country’s main theatre award, in the theatre for children category. In 2017, the production was shown at the prestigious John F. Kennedy Center for the Performing Arts in Washington DC.