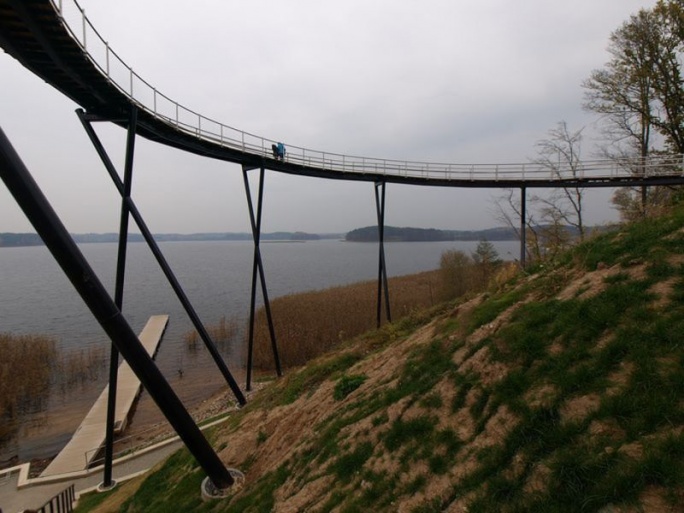 In order to convert an abandoned corner of the town of Zarasai into an attractive recreational zone, for inhabitants and visitors, the architects proposed constructing a scenic observation walkway, which would afford an excellent panoramic view of the surroundings. The walkway is raised on crossed cylindrical supports, giving it a slender silhouette and a graceful character. The supports are 17 metres high and hold a wooden platform that forms a curve and then spirals down to a bicycle path and a jetty on the shore of the lake. In the evenings, the railings of the platform provide the main source of light. The observation walkway, designed by a group of architects, has become a local landmark and one of the main attractions in Zarasai. It was awarded a special finalist’s certificate in the European Prize for Urban Public Space 2012 competition.