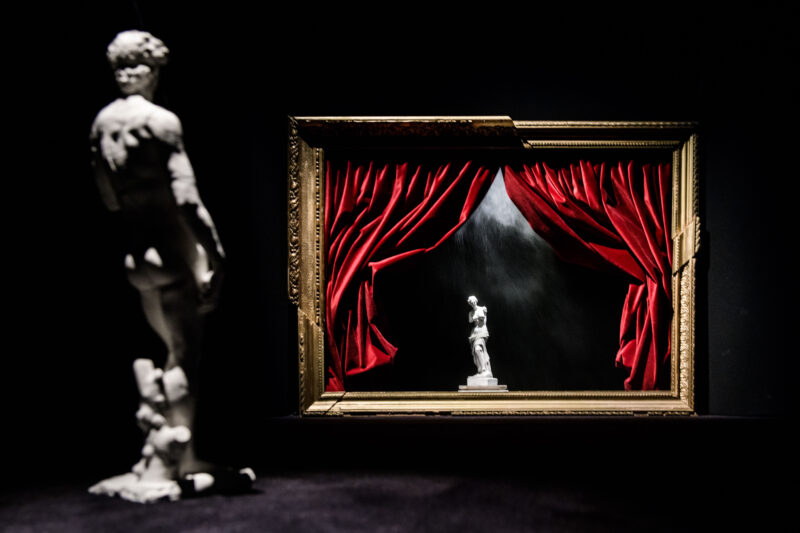 “The Picture of Dorian Gray”. Photo by Laura Vancevičienė

For ten years, between (2005–2015), Radvilavičiūtė was the artistic director of the International puppet theatre festival Karakumų asilėlis (Karakum Donkey). Since 2009, she is the artistic director of theatre at the Ethnic Culture Centre Dovilai. She also participates in art exhibitions, international puppet theatre festivals and is a member of the Lithuanian Centre of UNIMA.

One of the director’s latest works in Lithuania is the performance The Picture of Dorian Gray (2018) at the Vilnius Puppet Theatre Lėlė. It is a performance without words for young people and adults, based freely and associatively on Oscar Wilde’s renowned 1890 work. The performance draws on the theme of the duality of the human personality and its self-destruction, which is revealed through playing with reflections of the human body in mirrors and replacing famous characters of the novel with miniature copies of more or less famous sculptures. Instead of creating a linear narrative, the lines of the performance characters existing within the frame of a painting that appear in subtitles rather allude to the novel and comment on art and creativity in general.