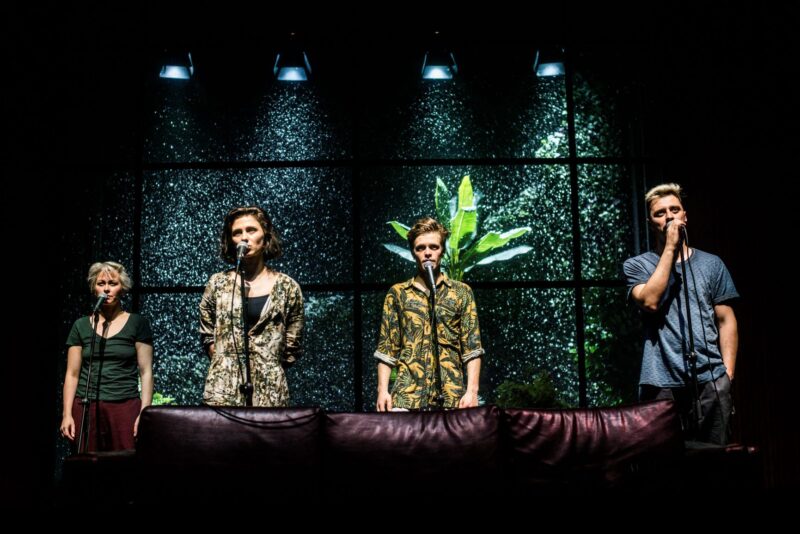 Actor, director and playwright Aleksandr Špilevoj (b. 1987) studied music technology at Kaunas University of Technology and later took up acting studies at the Lithuanian Academy of Music and Theatre, where he obtained Bachelor’s (2013) and Master’s (2019) degrees. He is currently pursuing art doctoral studies.

Špilevoj has embodied over ten different roles in the theatre, has written four plays and directed the equal number of performances at the Arts Printing House, the Russian Drama Theatre of Lithuania, the Šiauliai State Drama Theatre and the Vilnius State Small Theatre. In 2014, he founded the theatre-laboratory Meno alchemija (Art Alchemy), which he still runs. Since 2017, he has been the director of the Kaunas University of Technology theatre studio 44, and since 2020, the artistic director of the Juozas Miltinis Drama Theatre in Panevėžys.

In 2018, Aleksandr Špilevoj won the Young Artist Prize of the Ministry of Culture of the Republic of Lithuania, and in 2019, he received the Golden Cross of the Stage for his performance Bagadelnia created at Šiauliai Drama Theatre.

One of the latest works by Špilevoj is 12 gramų į šiaurę (12 Grams Northward, 2019) created at the Vilnius State Small Theatre. This performance can be seen as a sequel to his debut work Neišmoktos pamokos (Unlearned Lessons, 2016, Menų spaustuvė). Here, too, four young people tell their stories reliving their experiences, accompanied by live music. Only this time, they fail to learn lessons in life, as opposed to school. The party atmosphere is successfully created by the electronic music duo Black Water, which also maintains the rhythm of the performance, while the actors aptly embody the easily recognisable characters of young people enhabiting modern offices. Great music and passionate, energetic and quick to adapt young actors pull the viewers into a series about parties, each episode of which ends with an unexpected death.