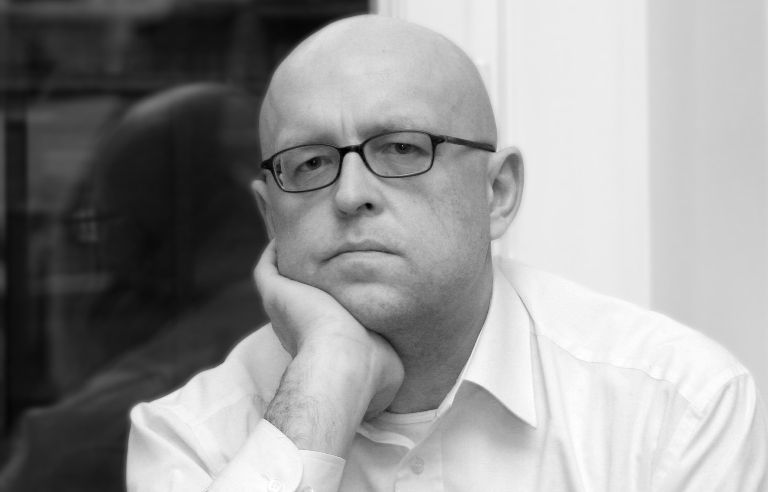 Saulius Tomas Kondrotas (born 1953) left the Soviet Union in its last years and moved to the West, firstly to Germany and the Czech Republic, where he worked for Radio Free Europe, and later to the USA. A historian by education, he began writing after university, and published his first collection of novellas in 1977. With a reputation as a difficult writer, he often explores Freudian and Jungian themes, and especially the mythological world-view. His plots often border on the absurd, but his prose is very rich and beautiful. He has also written a film screenplay. Since emigrating he has stopped writing and has worked as a photographer instead.

Published in several languages, the novel tells the story of a family in Lithuania at the end of the 19th century. However, the plot is non-linear and otherwise rather tangled. Realistic events mingle with grotesque ethnographic scenes, myths and visions, and everything has something of the absurd about it. While the plot is based on a real story, the author is more interested in the inner workings of a person’s mind, his mythological subconscious, and his fate. The author himself described the book as a study of love, its various forms and stages. But it is also possible to describe it as a study of a person’s struggle against his inner demons.